We have three brave heroes in a journey for glory. Each month, they will fight different enemies, getting new items and abilities.

Sunathaer Caex was born in the traditional mercenary dragonkin family Caex, and raised to tread the beaten path of the warrior. When he came of age and inherited Fintir Malsvir, the family’s heirloom greatsword, he heard the call of Meri, god of Sun, and decided to sell hir services not to the higher bidder, but the higher cause. 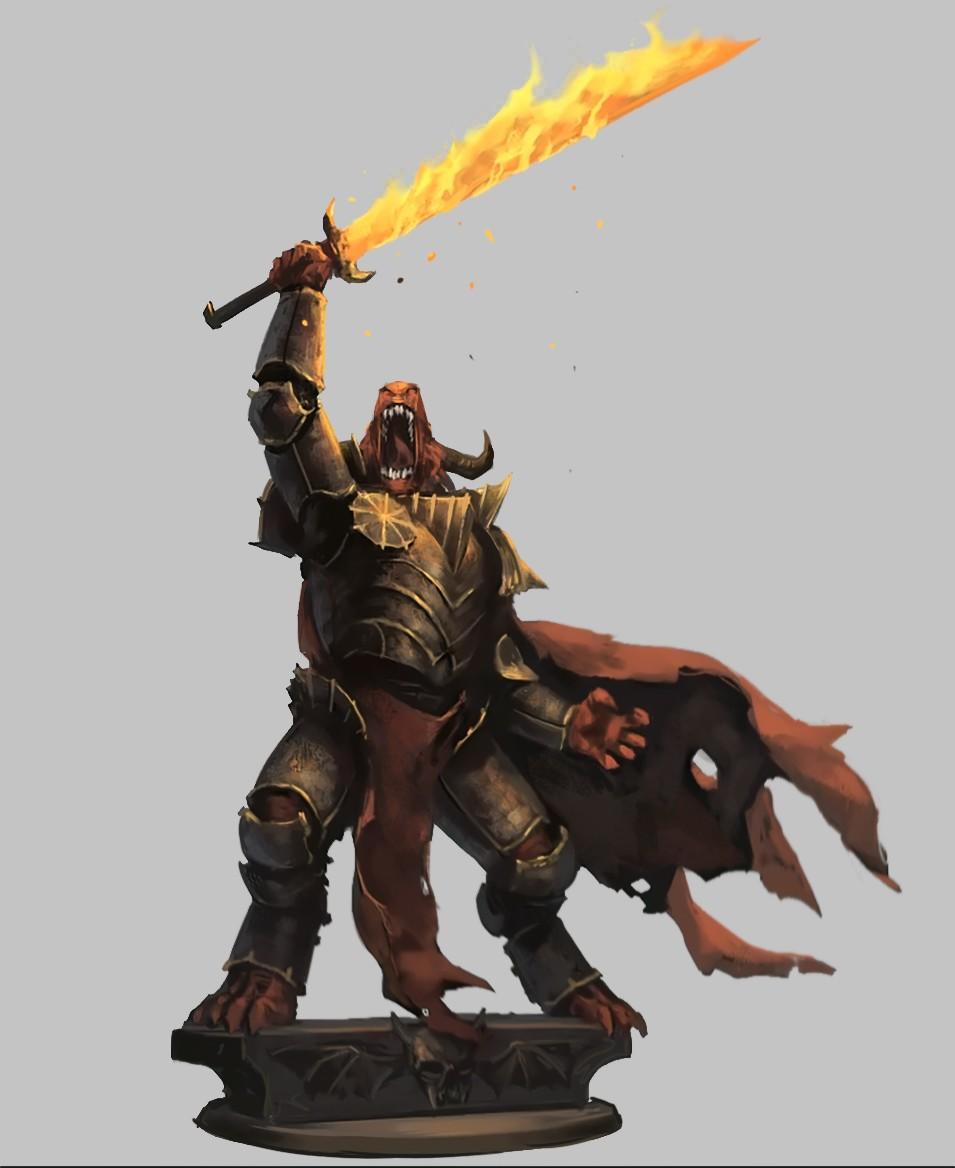 Jhonny Trinity had a rough childhood as a street urchin. He had quite the knack with various devices and mechanisms, such as locks and traps, and managed to get by with some shady dealings. One day, he was caught breaking and entering an eccentric alchemist’s abode by the owner himself, who found the boy to be a prodigy and took him in as an apprentice. After repaying his debt with his former master, Jhonny set off to put his legitimate mark on the world. 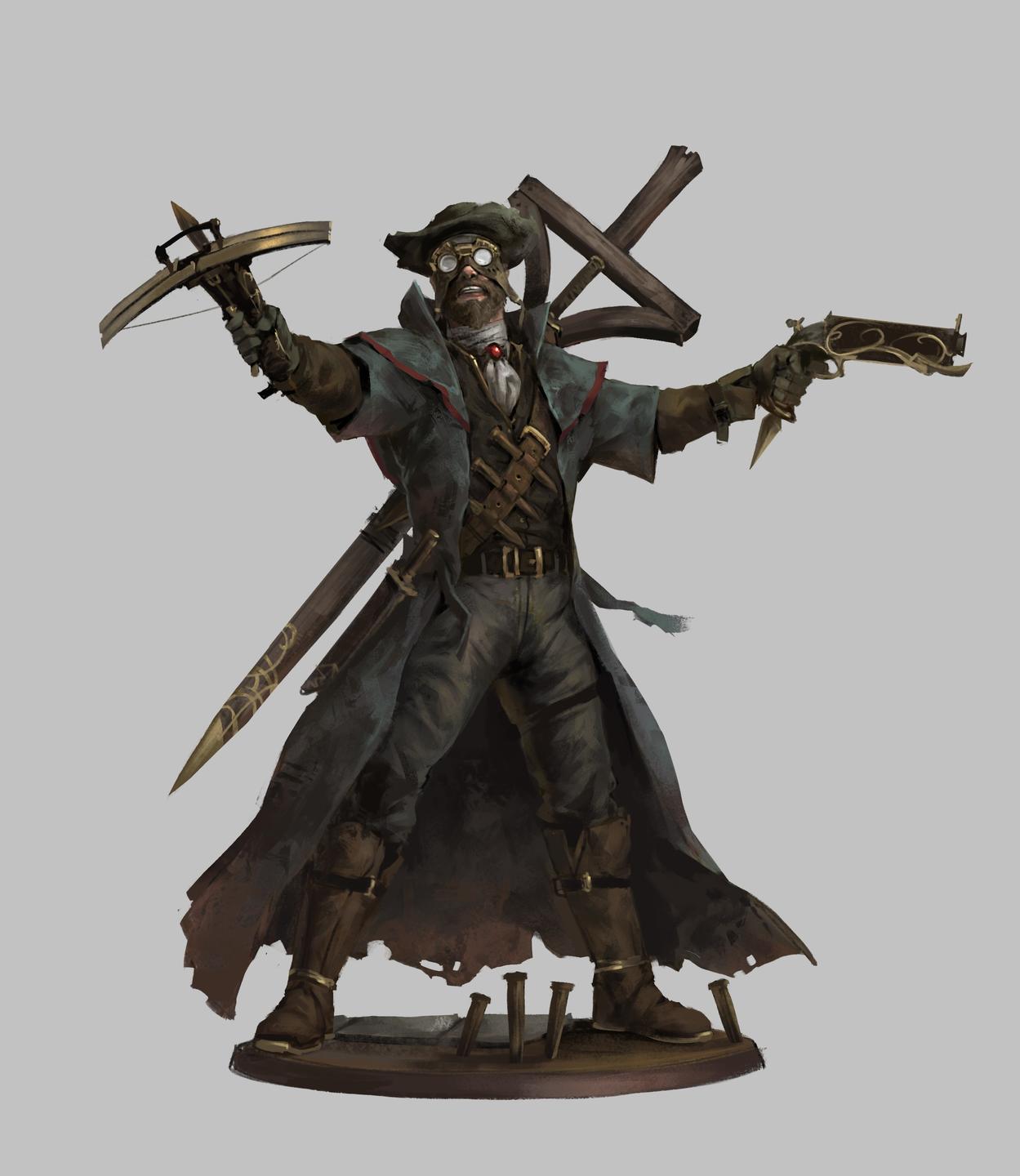 Cormah Shasan was born and raised in an elven village cut off from the outside world. Despite the broad teaching of the elves, sating Cormah’s curiosity was no easy task. After poring into arcane texts and becoming one with nature in meditation, it became unbearable for the elf to remain in isolation, and so a journey for knowledge began. 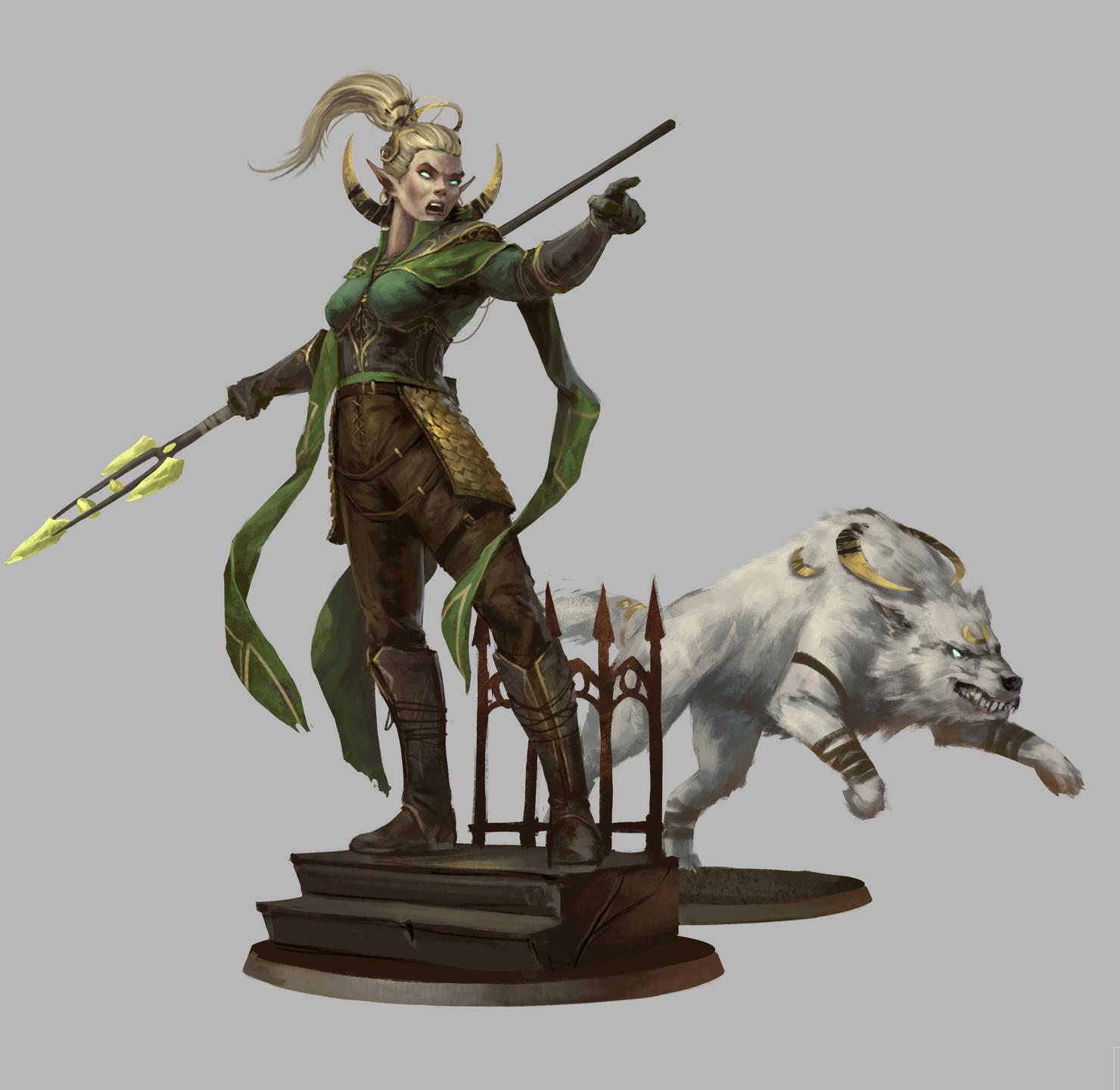 Looking for glory and treasures, our heroes started a journey. In each month, they will fight different and powerful enemies. 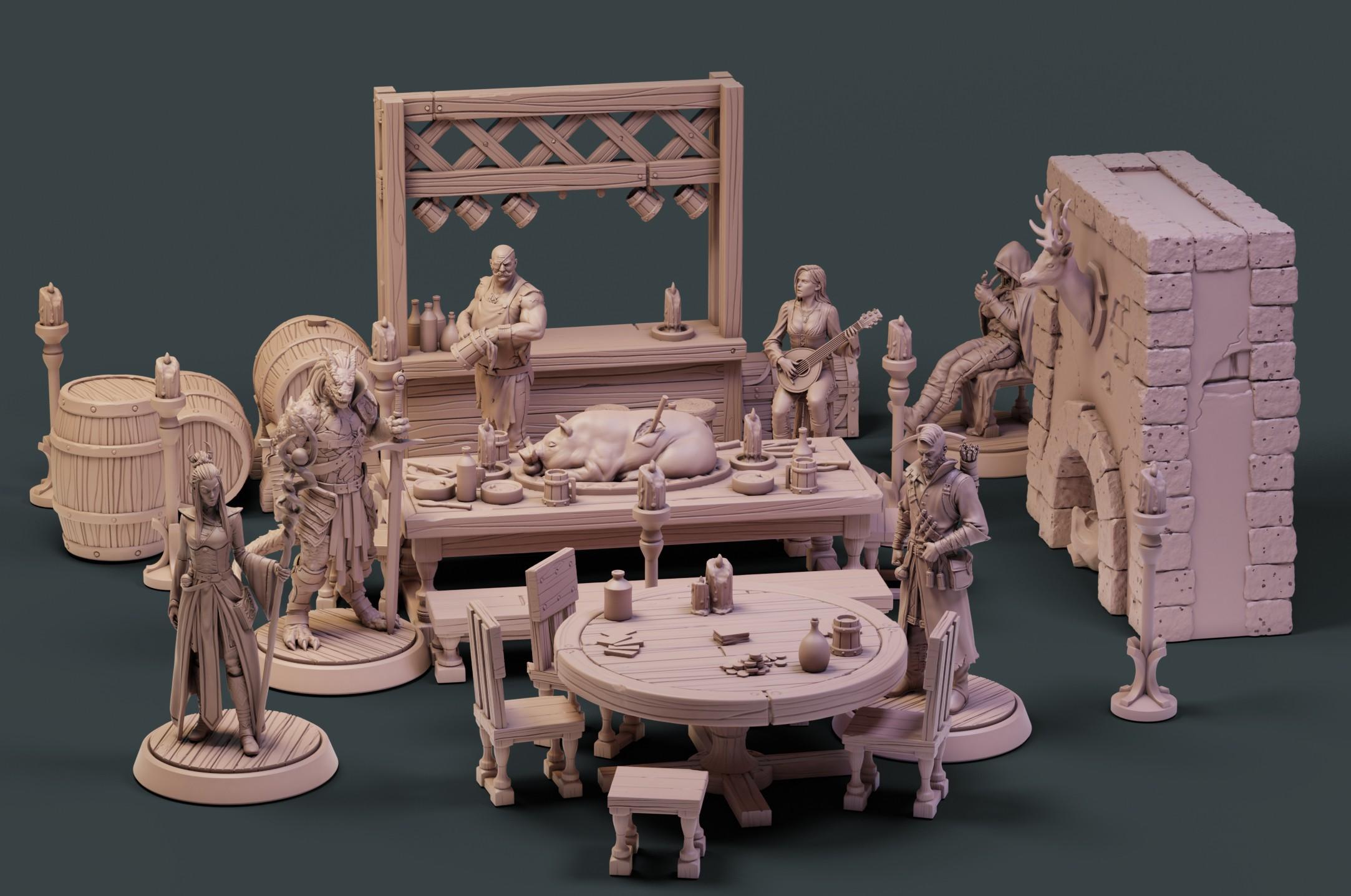 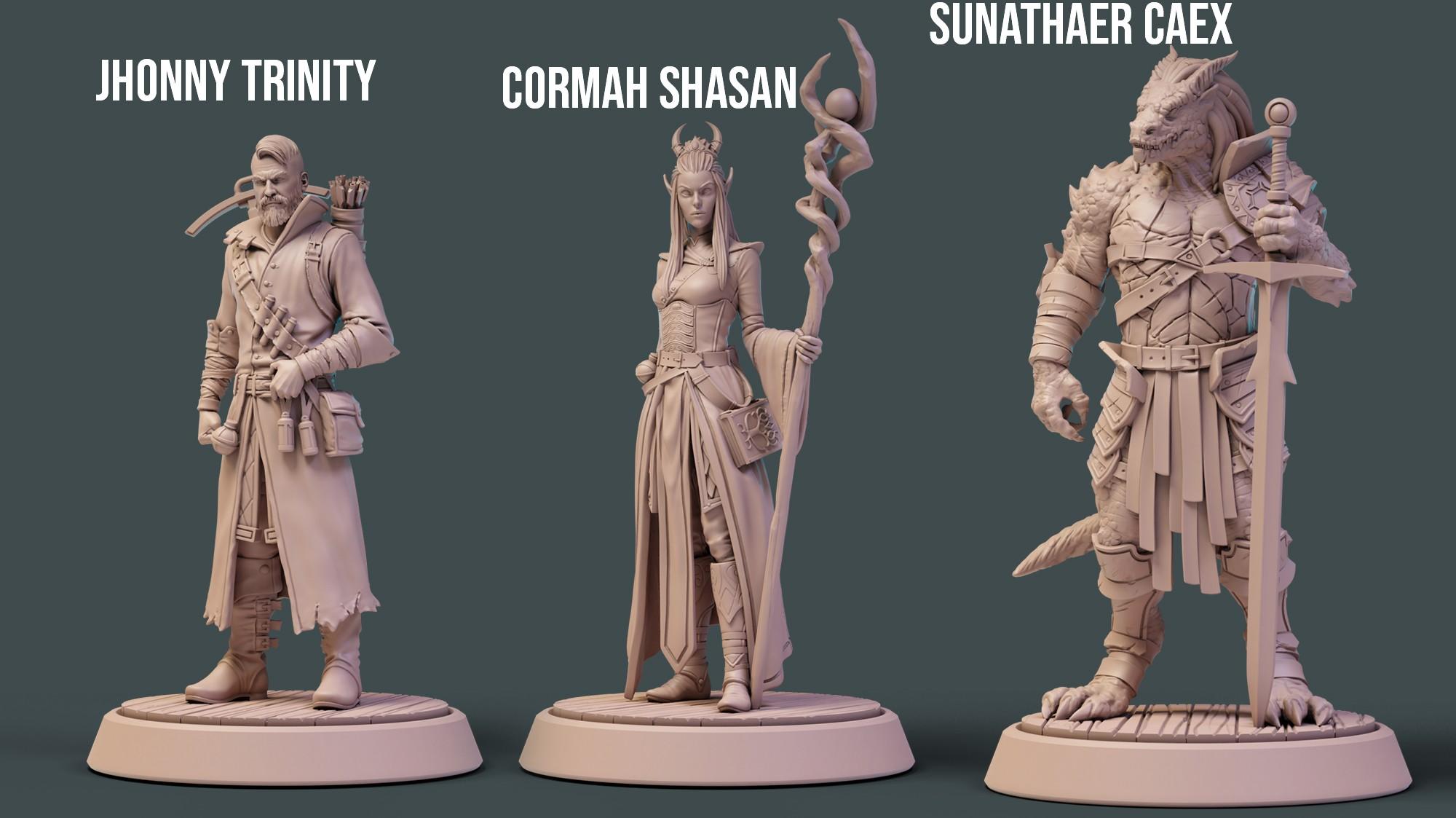 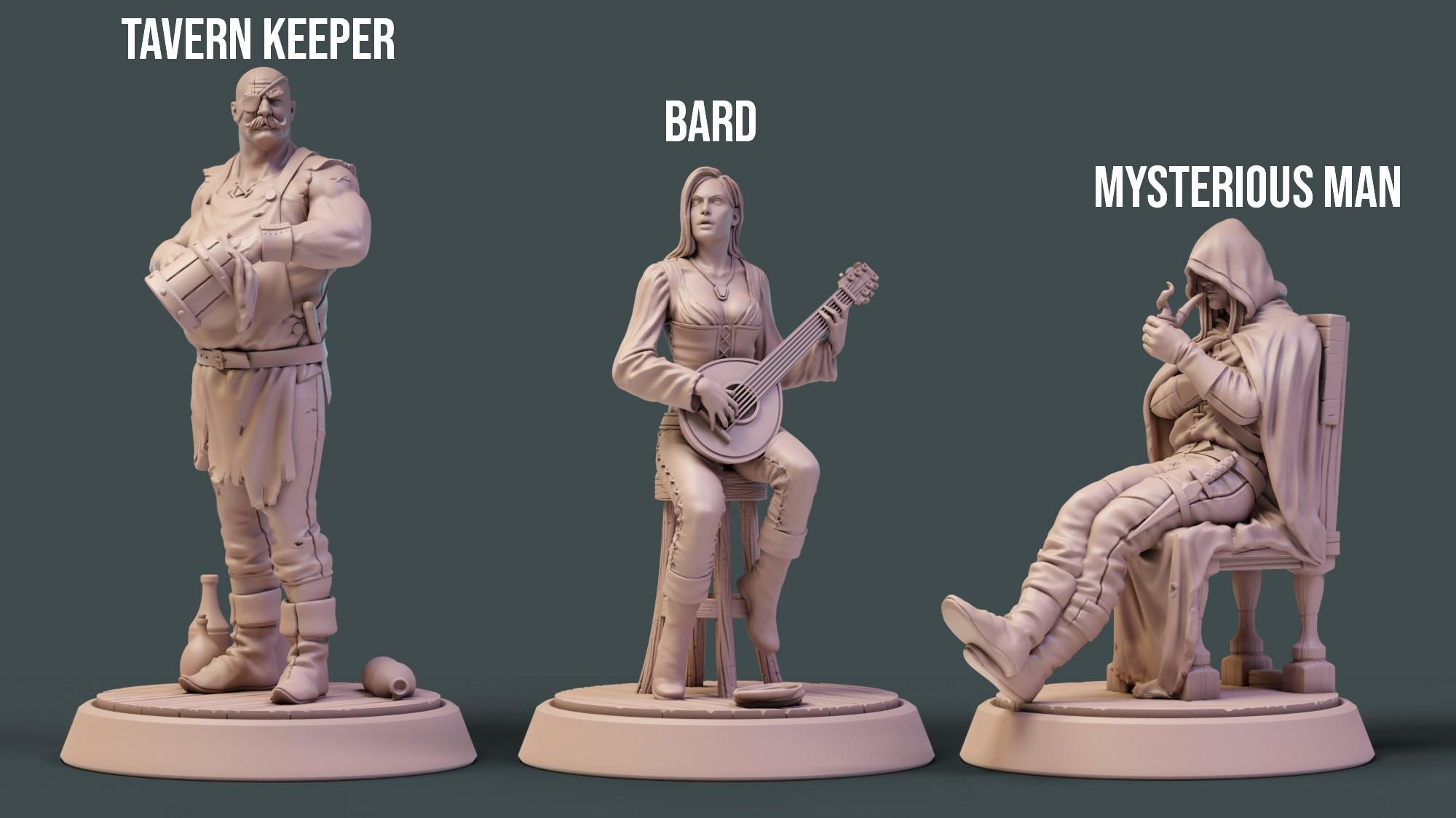 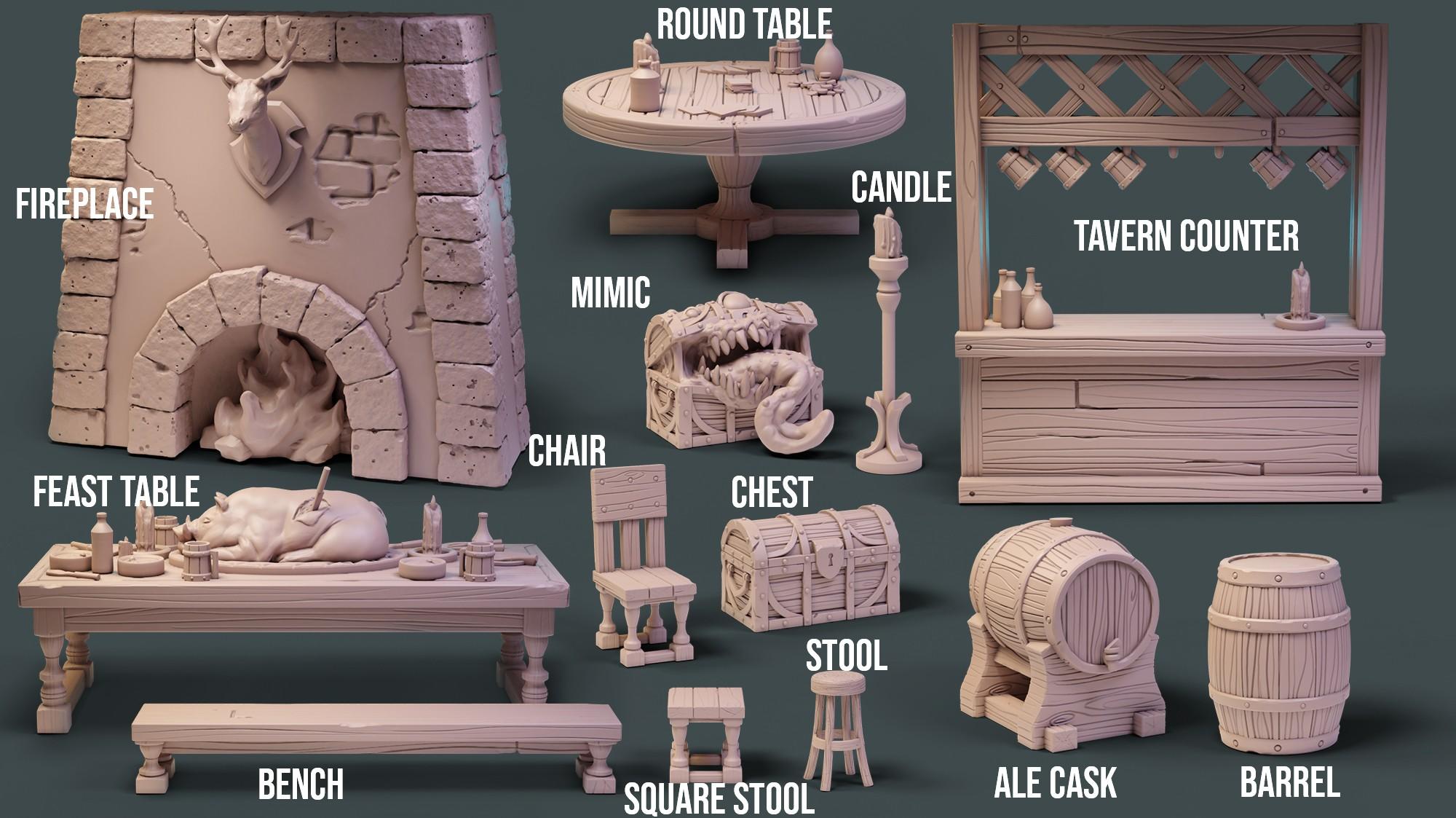 After meeting up in the Silent Coin Tavern, the adventurers took a job to clear Panshaw’s outskirts of goblins, who had been pillaging merchants and farmers. After tracking down the goblin footsteps and wagon tire tracks, a goblin cult led by a barghest is found! 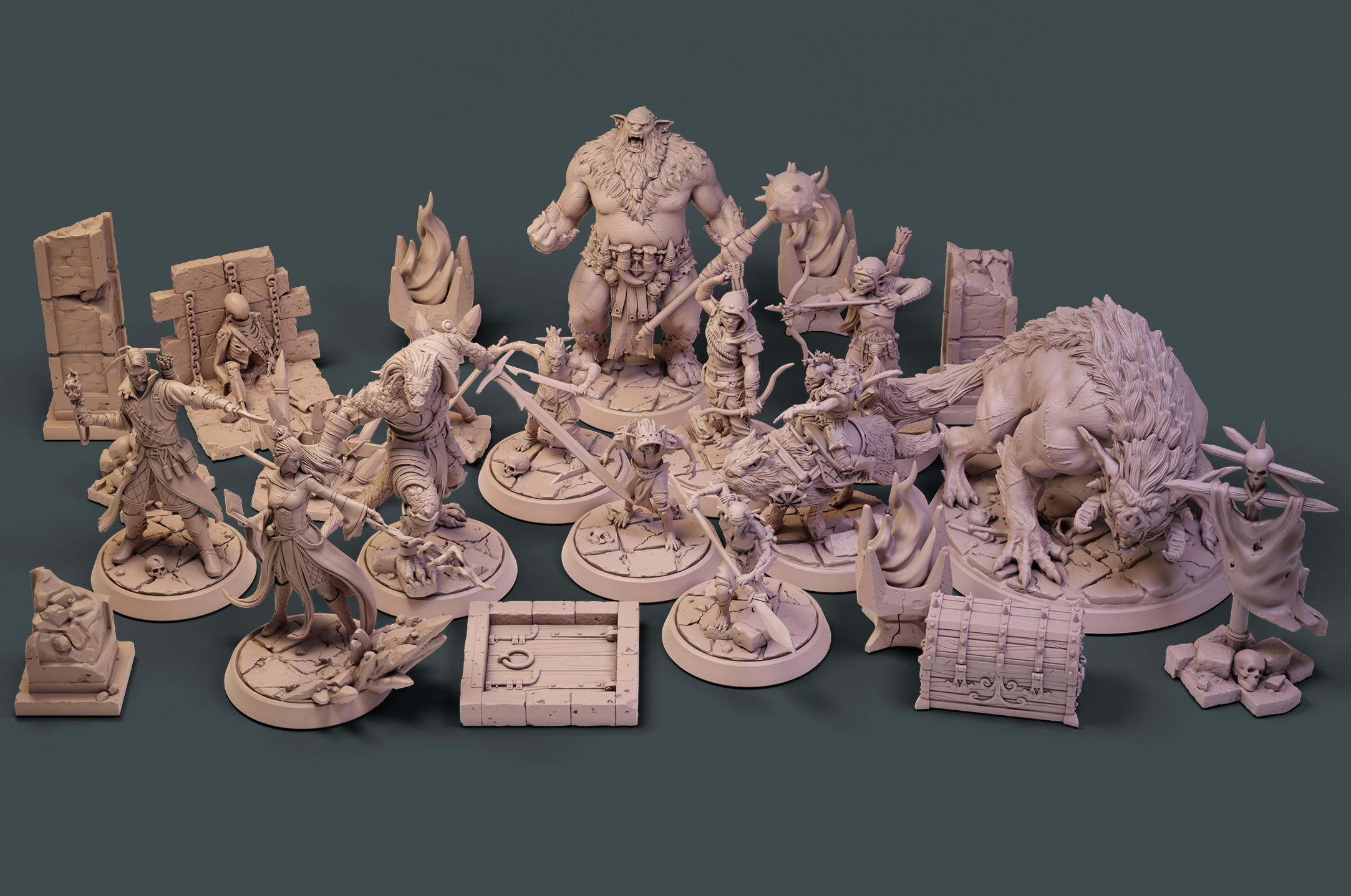 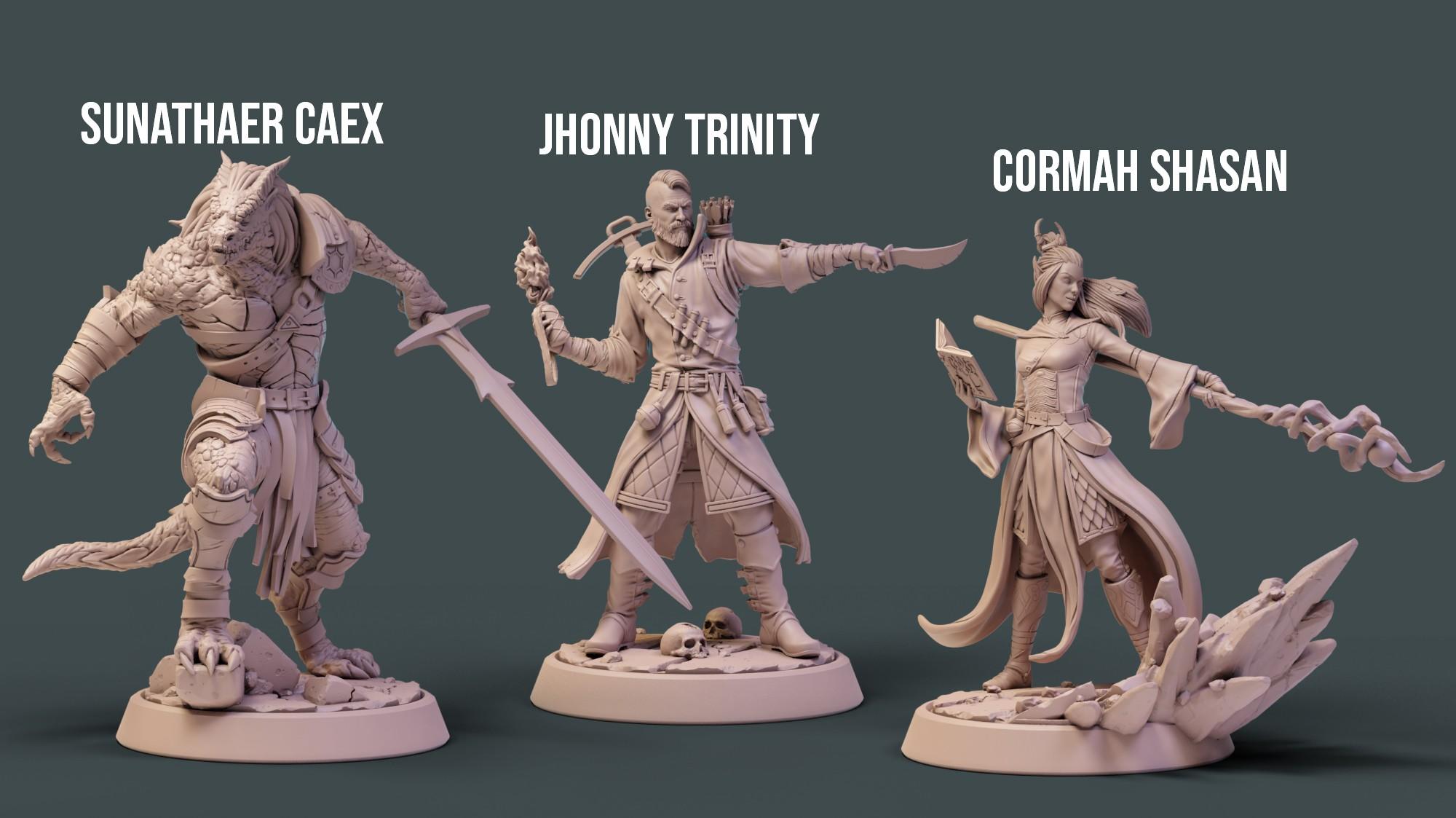 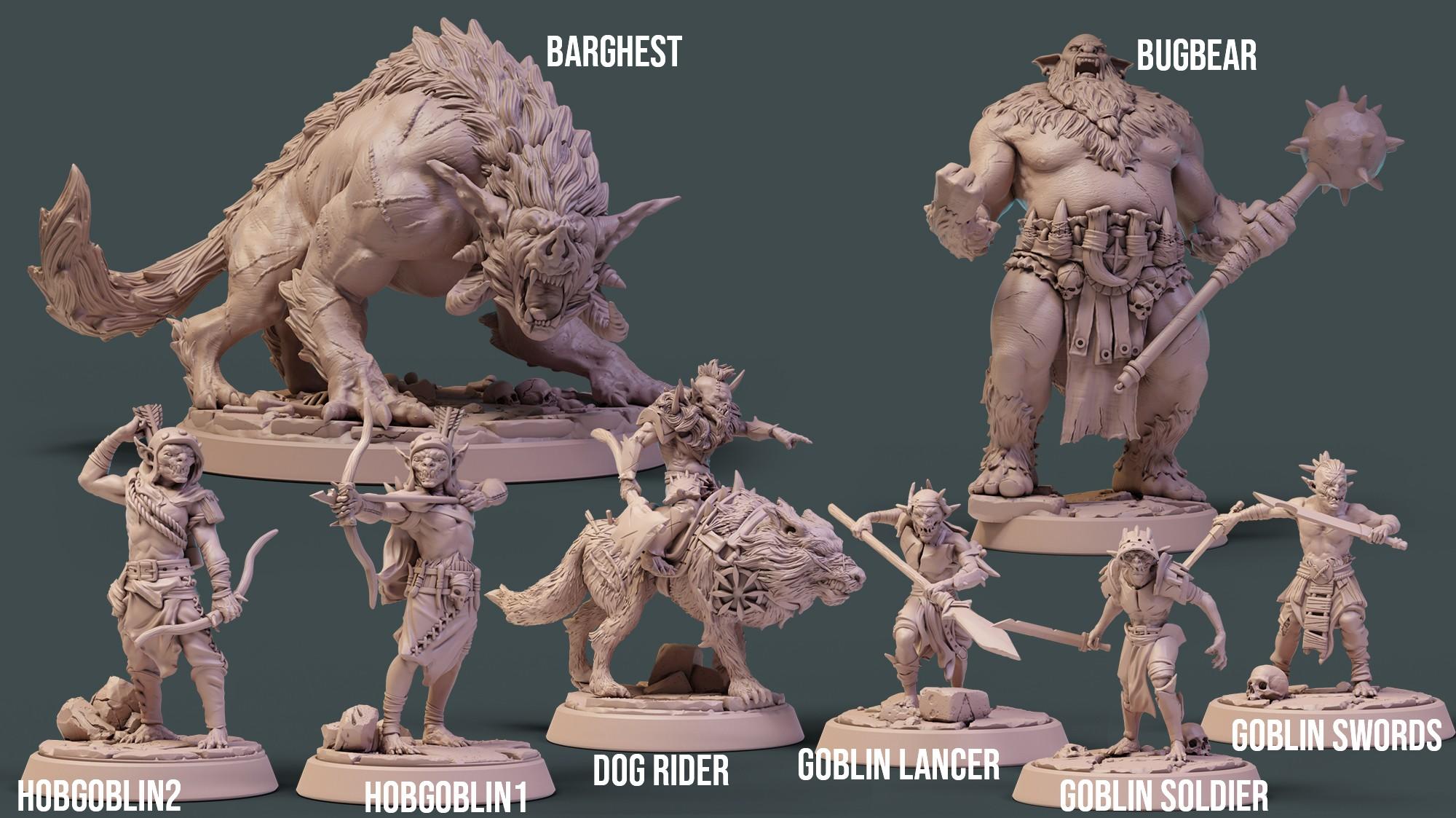 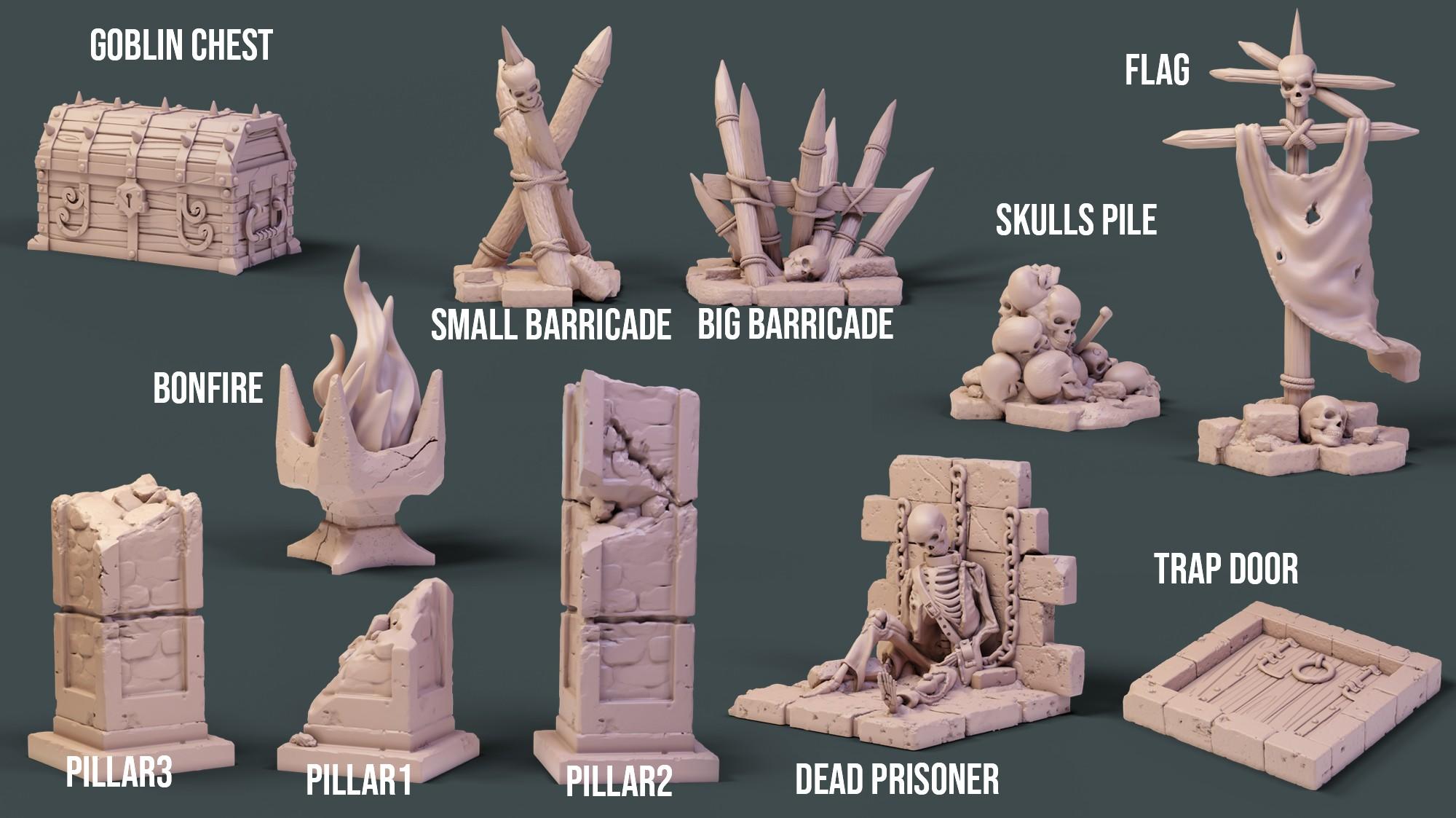 On their quest to cease the goblinoid harassment, the adventurers found undead creatures along the way. Defeating the goblins once is not enough, they must find the source, or else the vile creatures will just keep getting up! 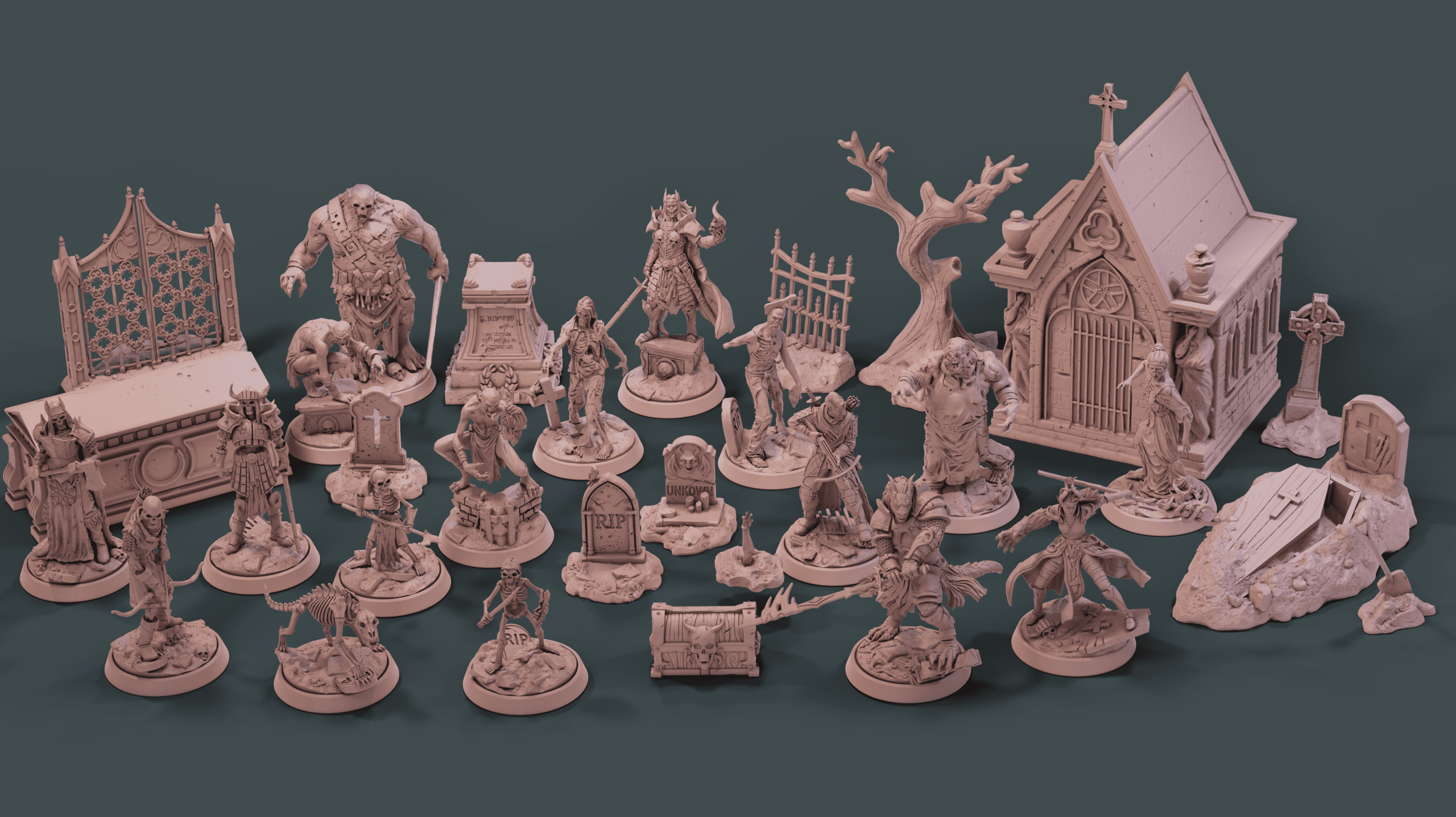 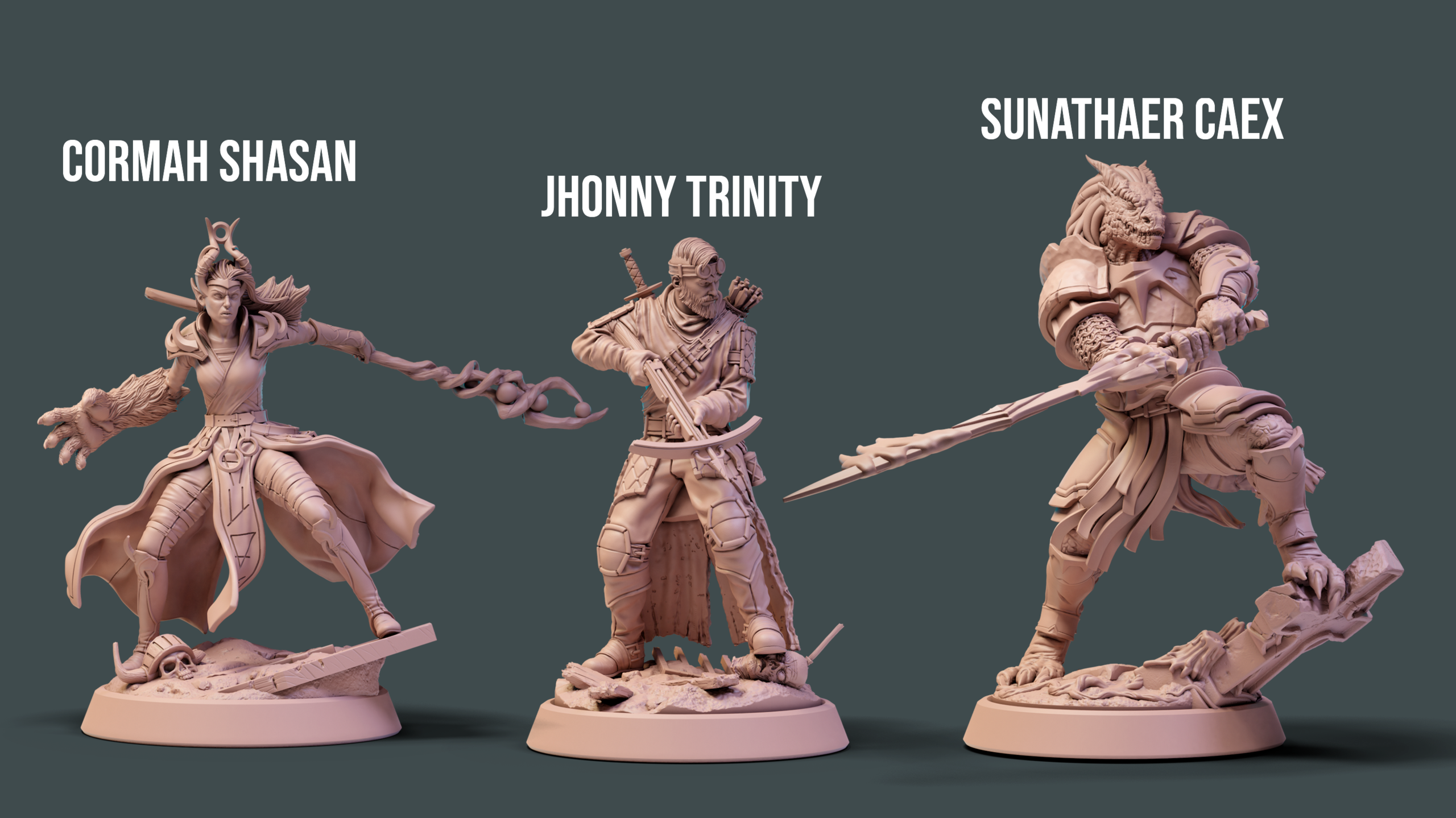 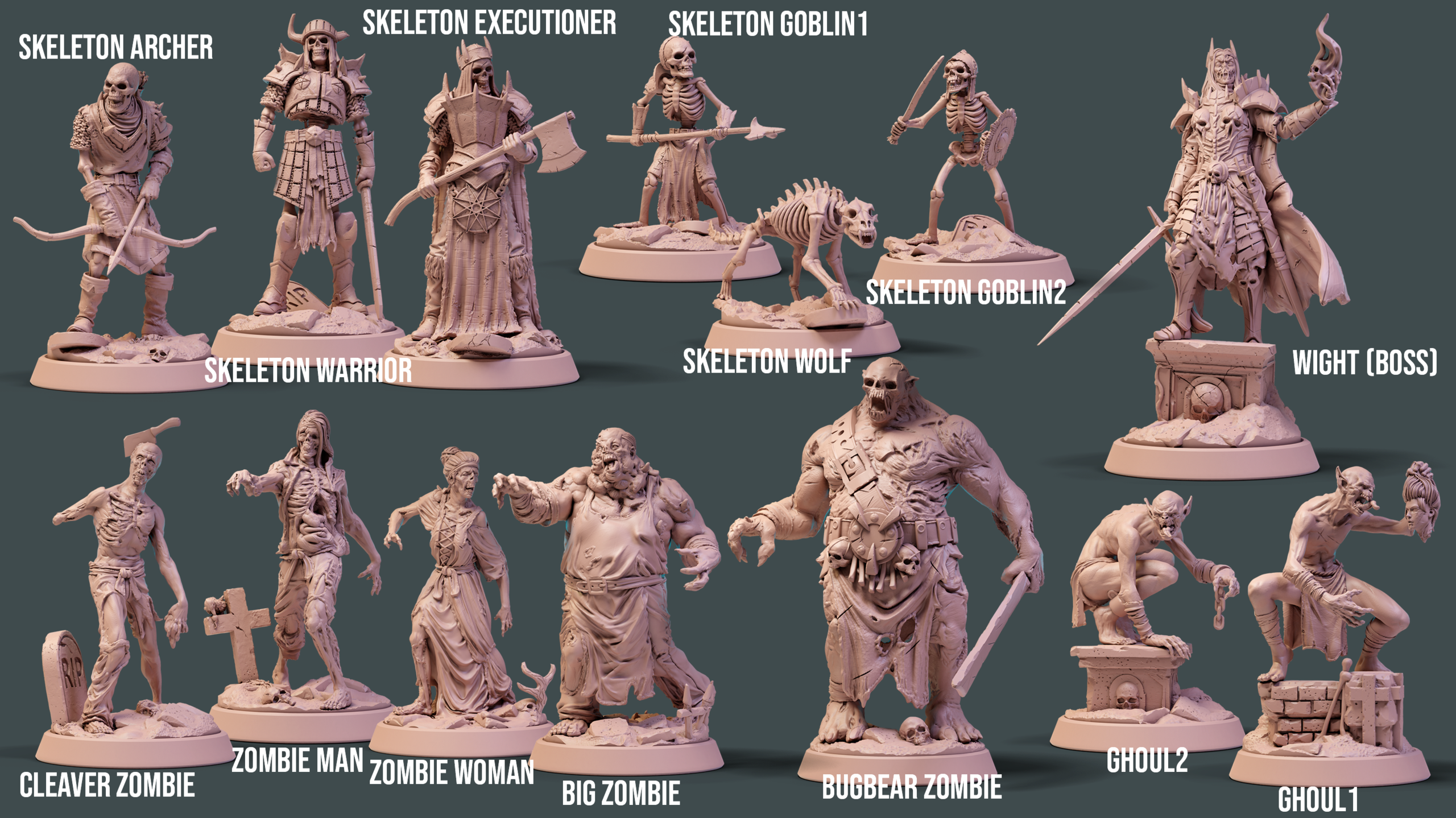 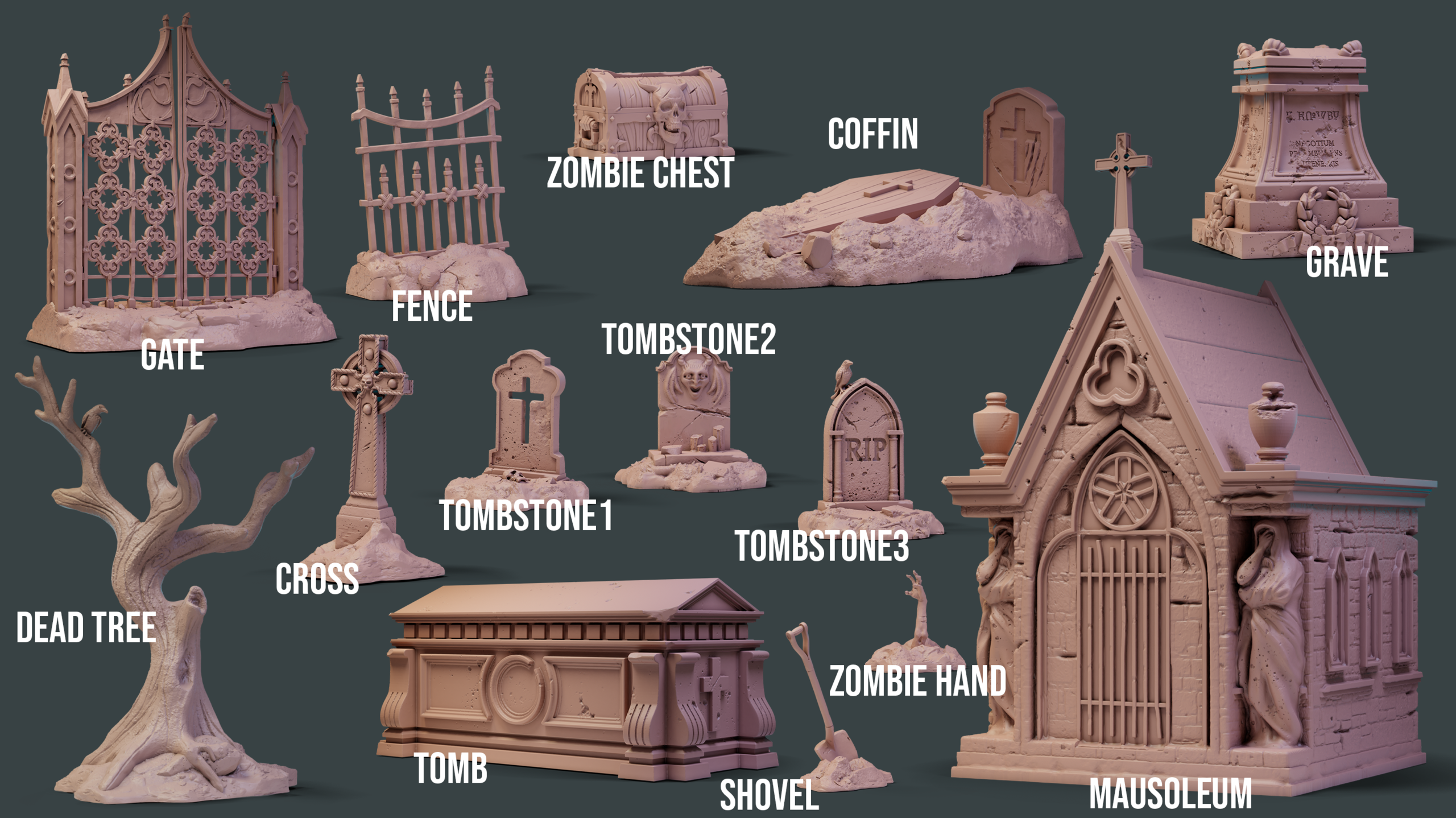 The walking dead plague keeps spreading. Bizarre creatures show up, not just the undead. Everything points towards the lone arcane tower, where an eccentric wizard runs his selfish experiments, unleashing danger upon the world. He must be stopped if Panshaw is to survive! 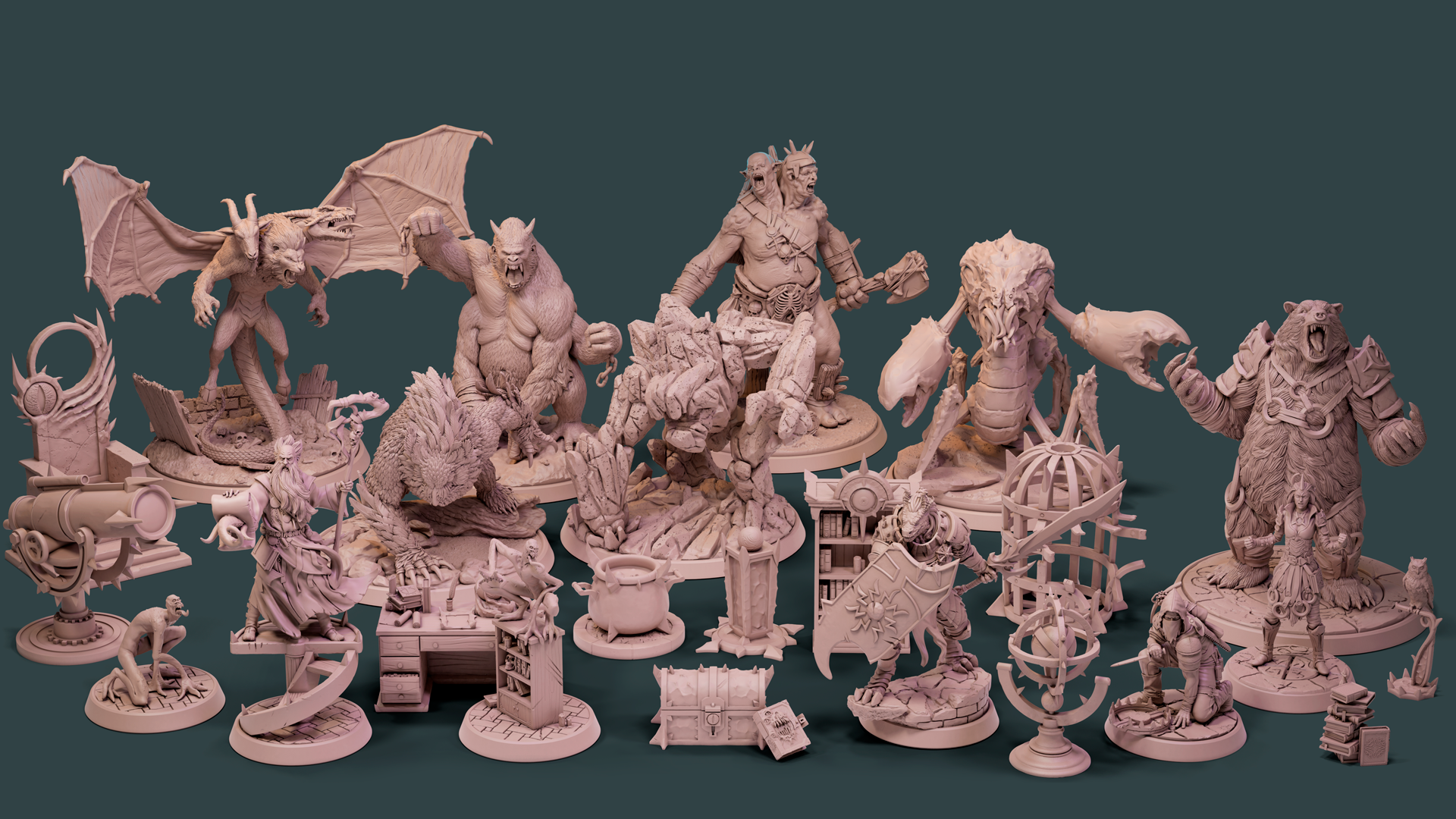 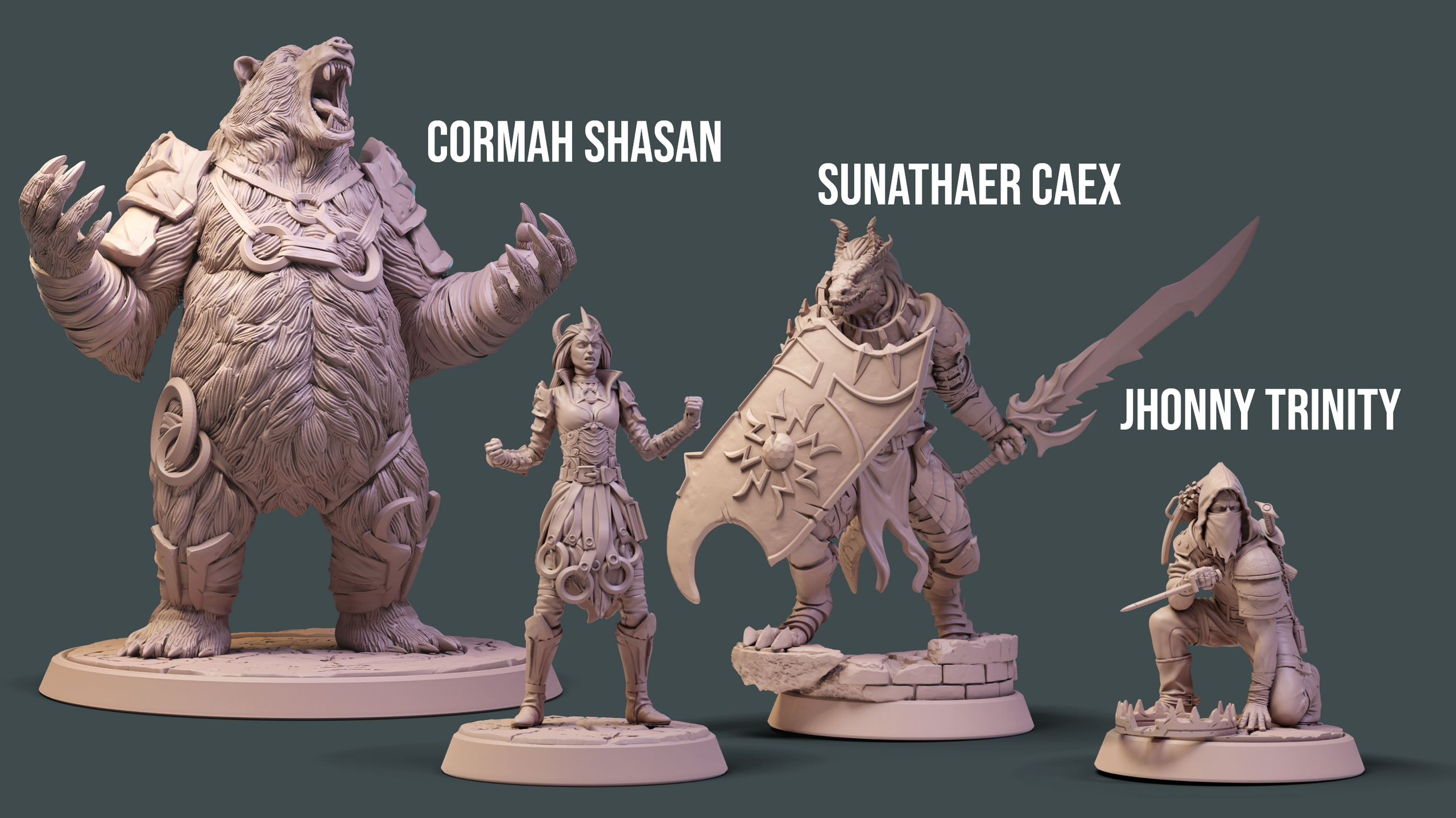 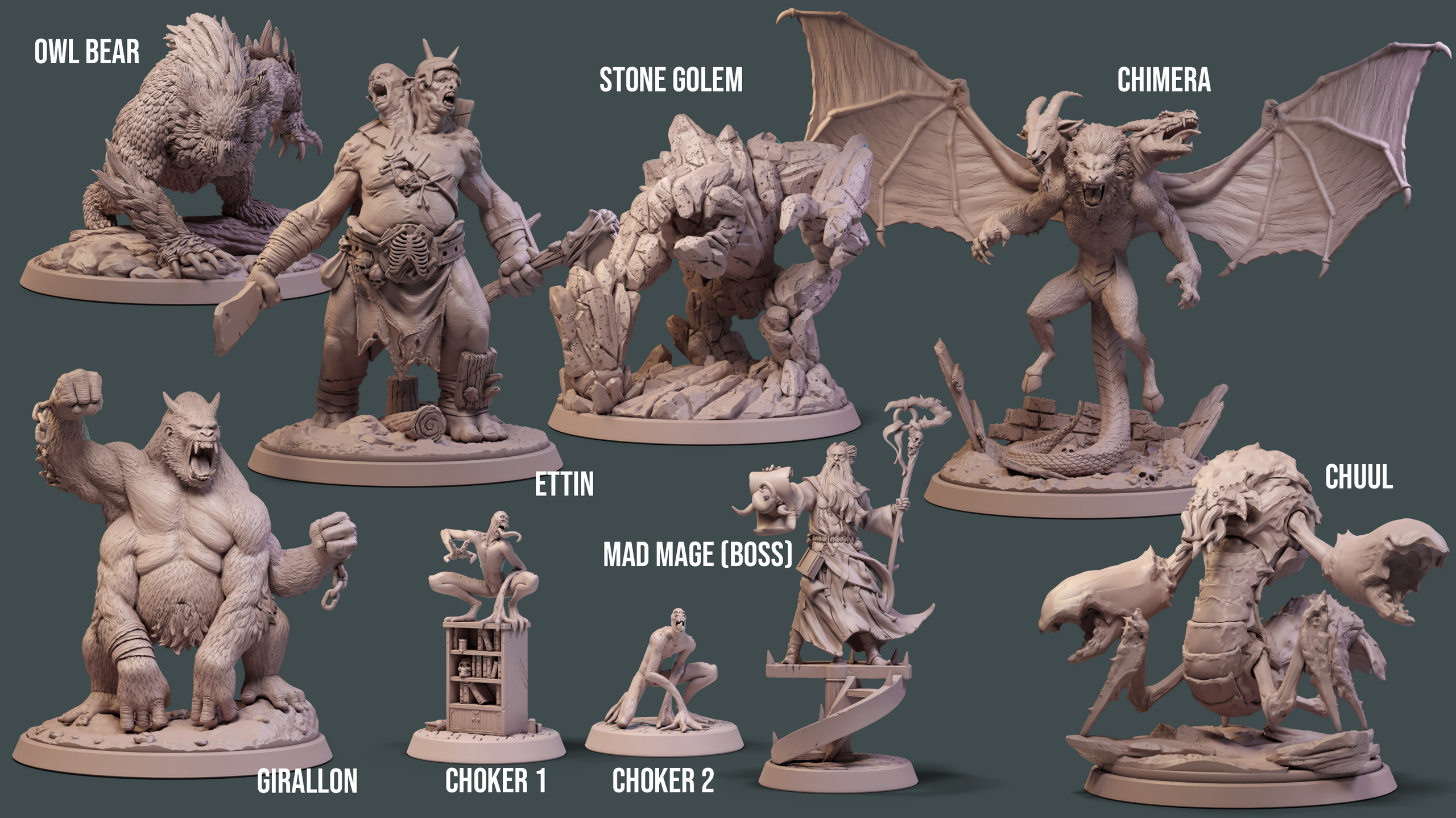 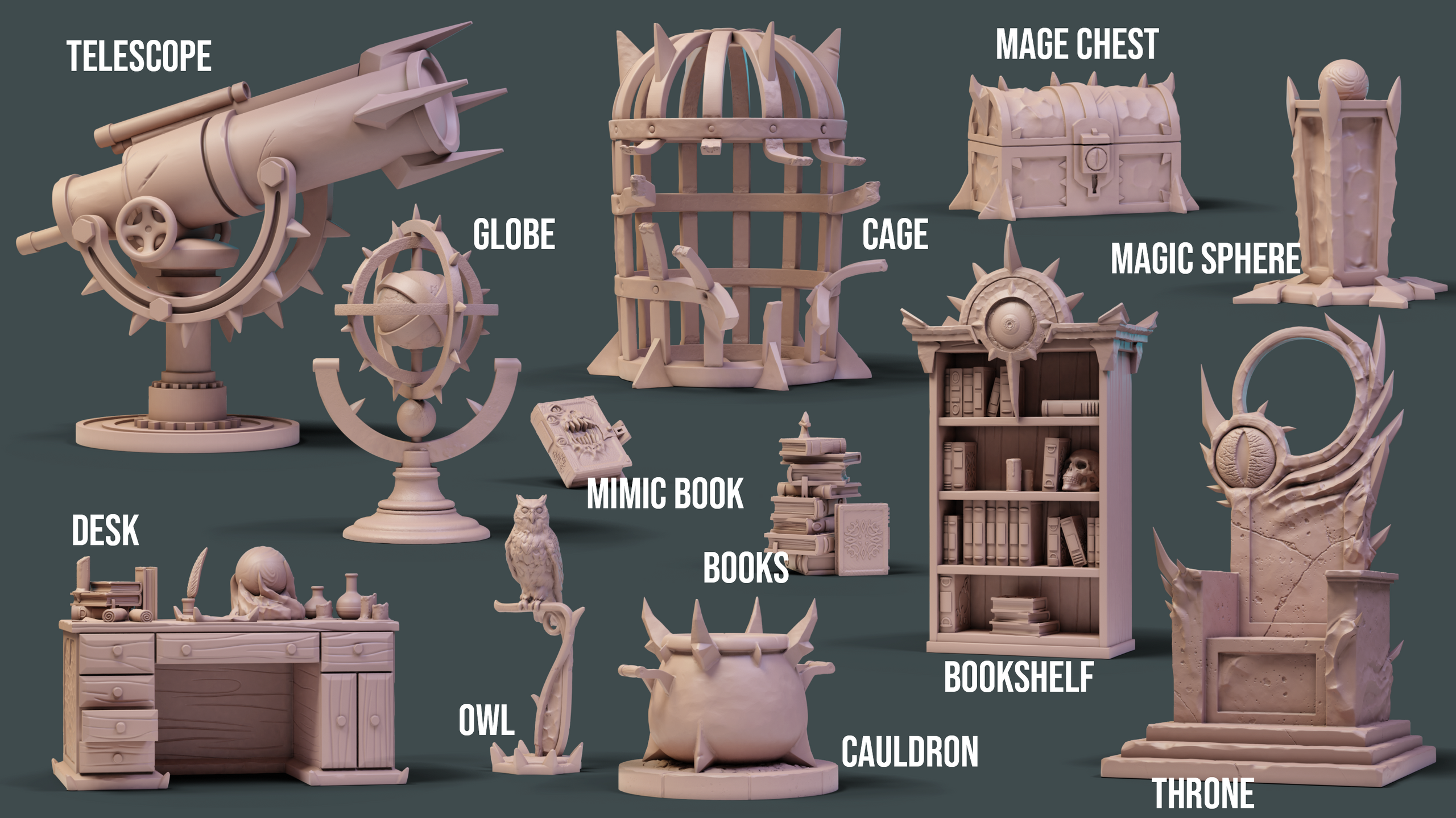 Even after defeating the mad mage, undeath just keeps spreading, and it finally reaches Panshaw, where the zombie apocalypse reaches its climax. In an epic battle inside Meri’s cathedral, divine inspiration guides Sunathaer’s blade, and they finally defeat Count Zegrath, the ancient vampire! As his body turns to mist, the adventurers rush after the vampire’s lair, where they end his evil deeds for good with a stake through the heart! 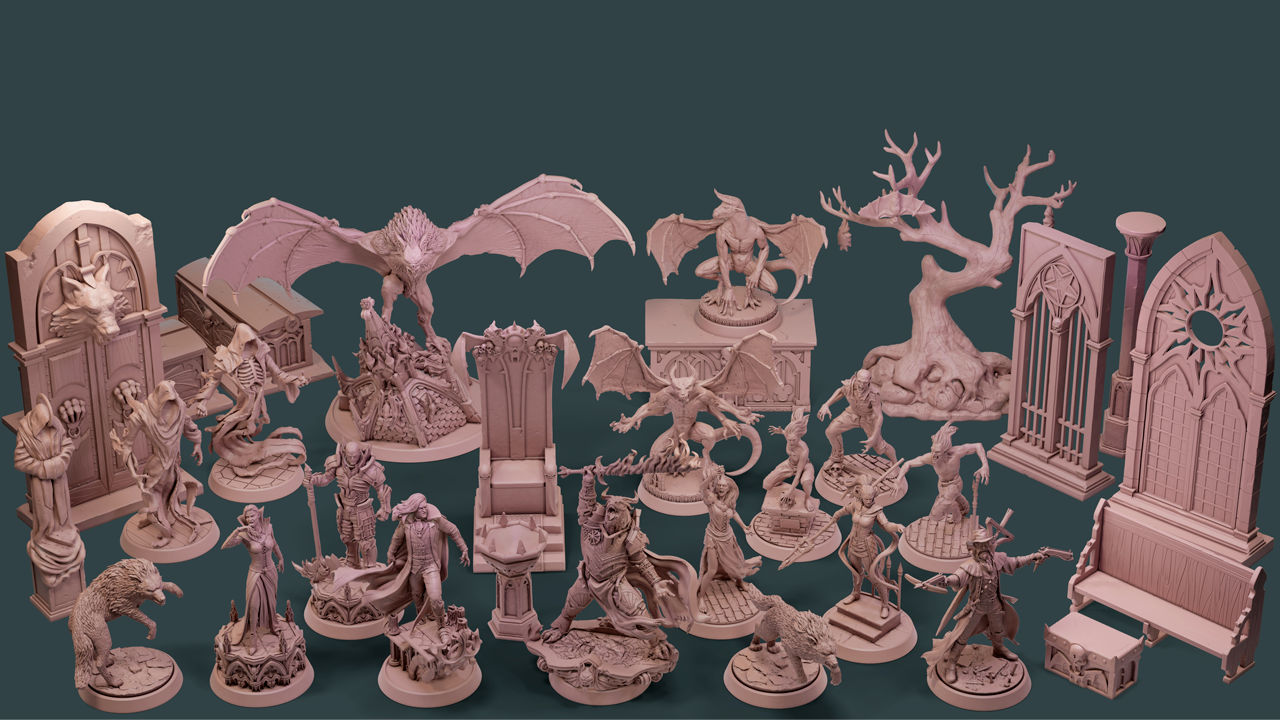 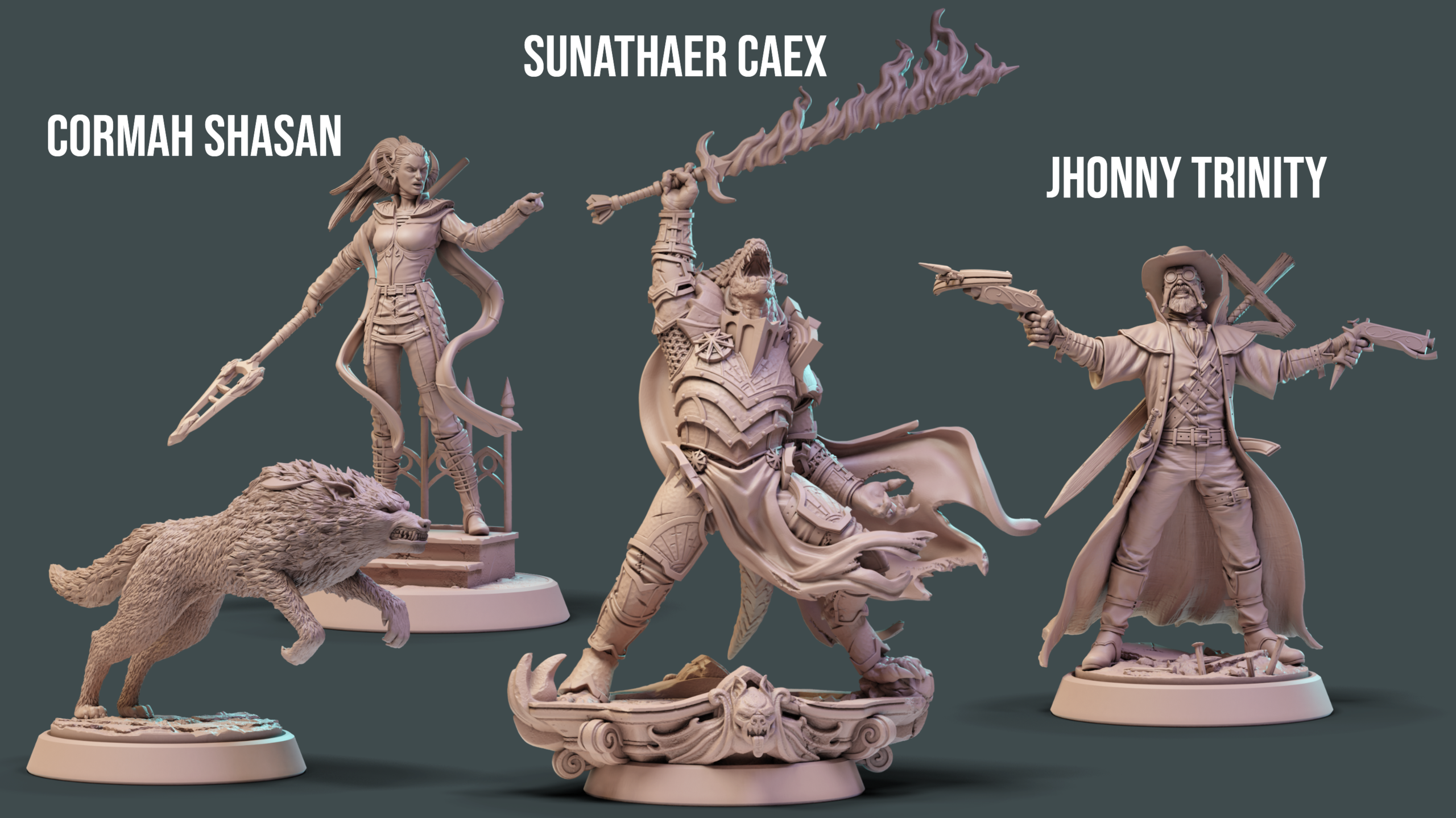 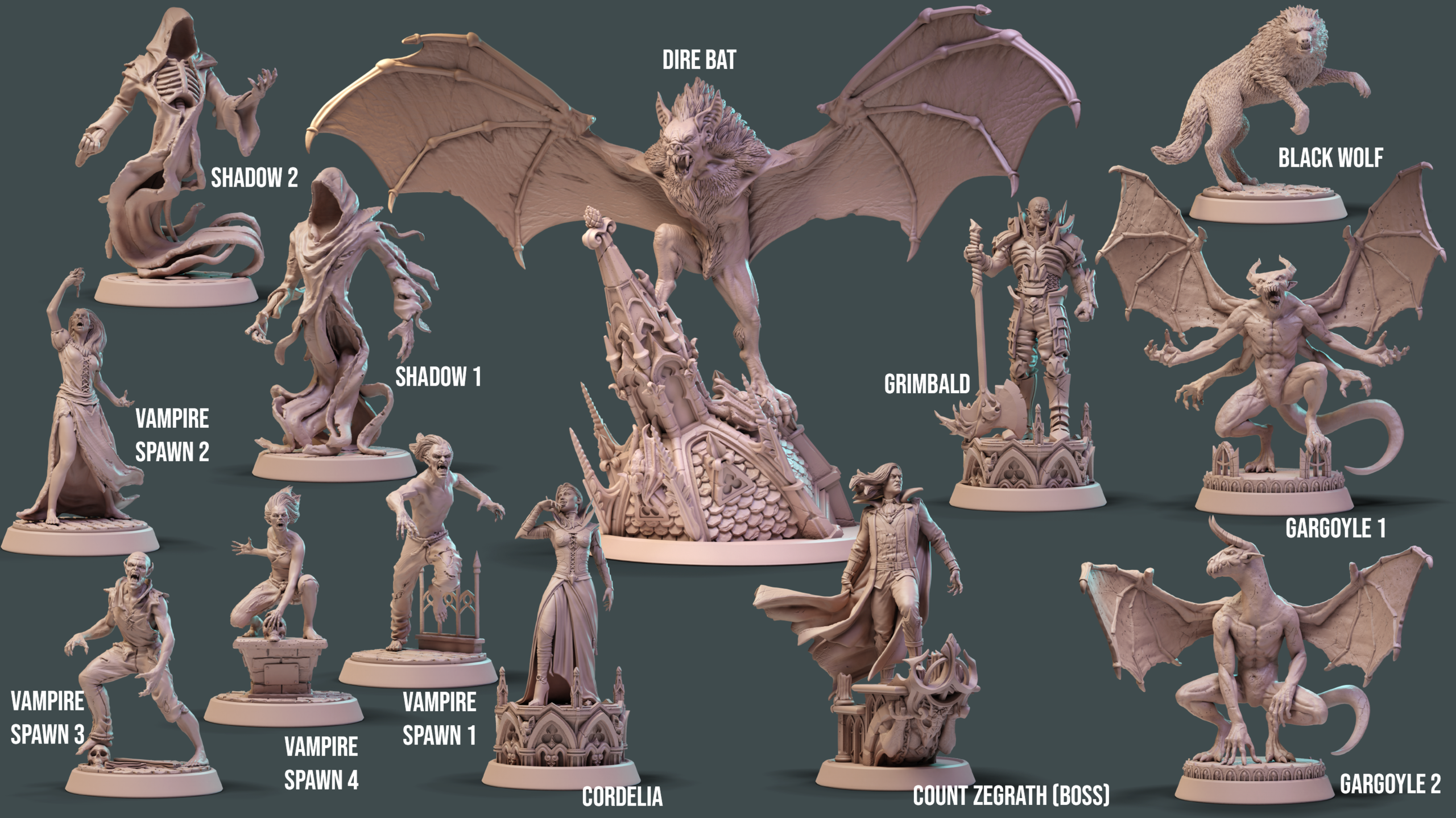 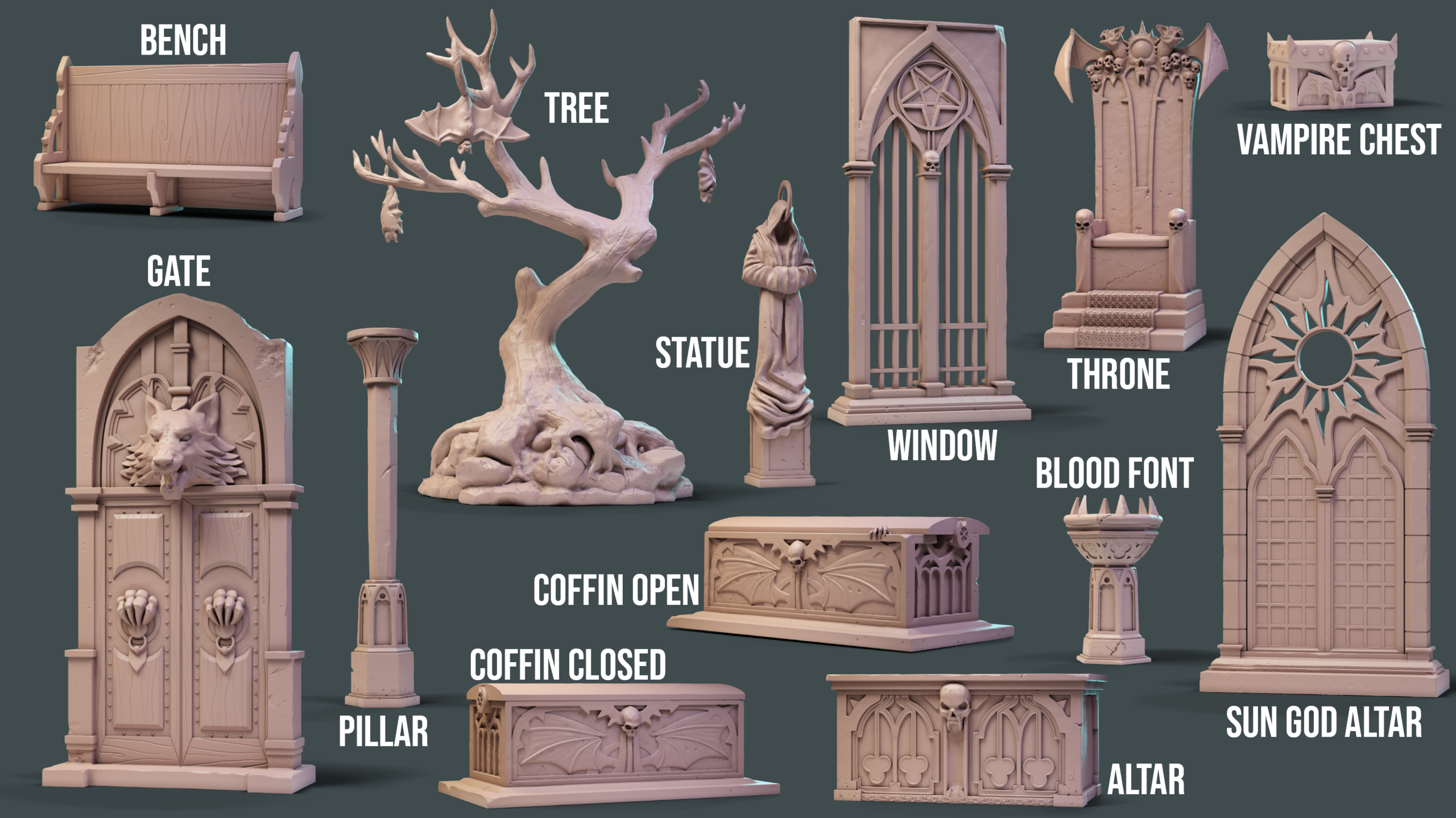 Subscribe right now to receive the Welcome Pack, the Loot of the month and everything that we create from now on!