Our heroes started a journey looking for glory and treasures. Each month, they fight different and powerful enemies. 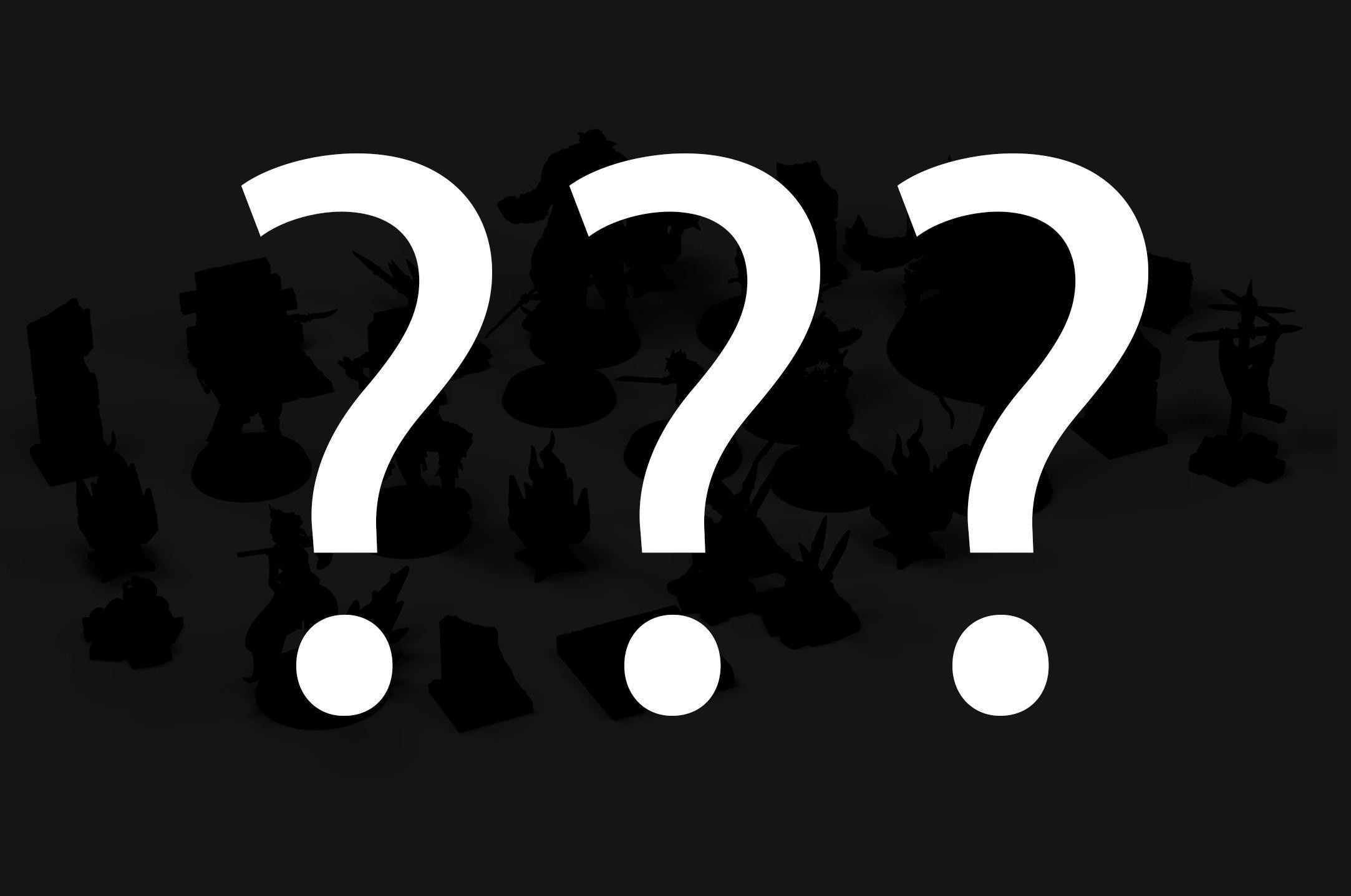 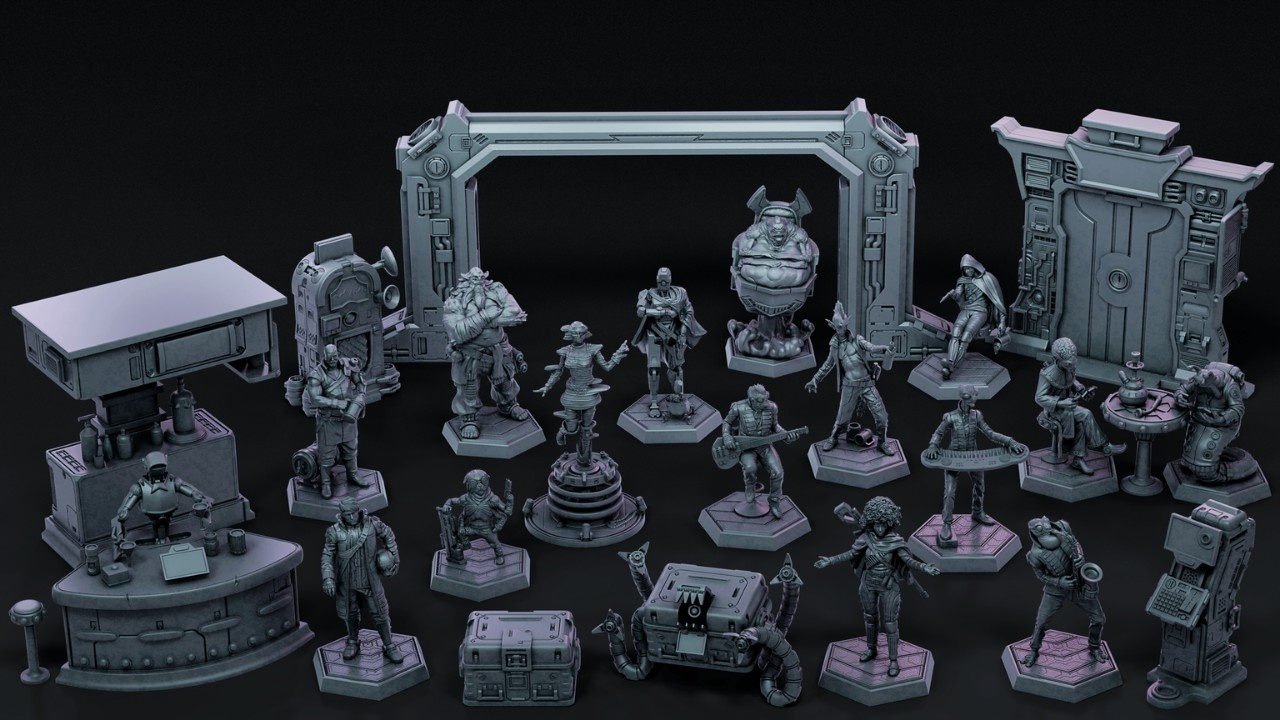 This is a classic Cantina where our journey begins. 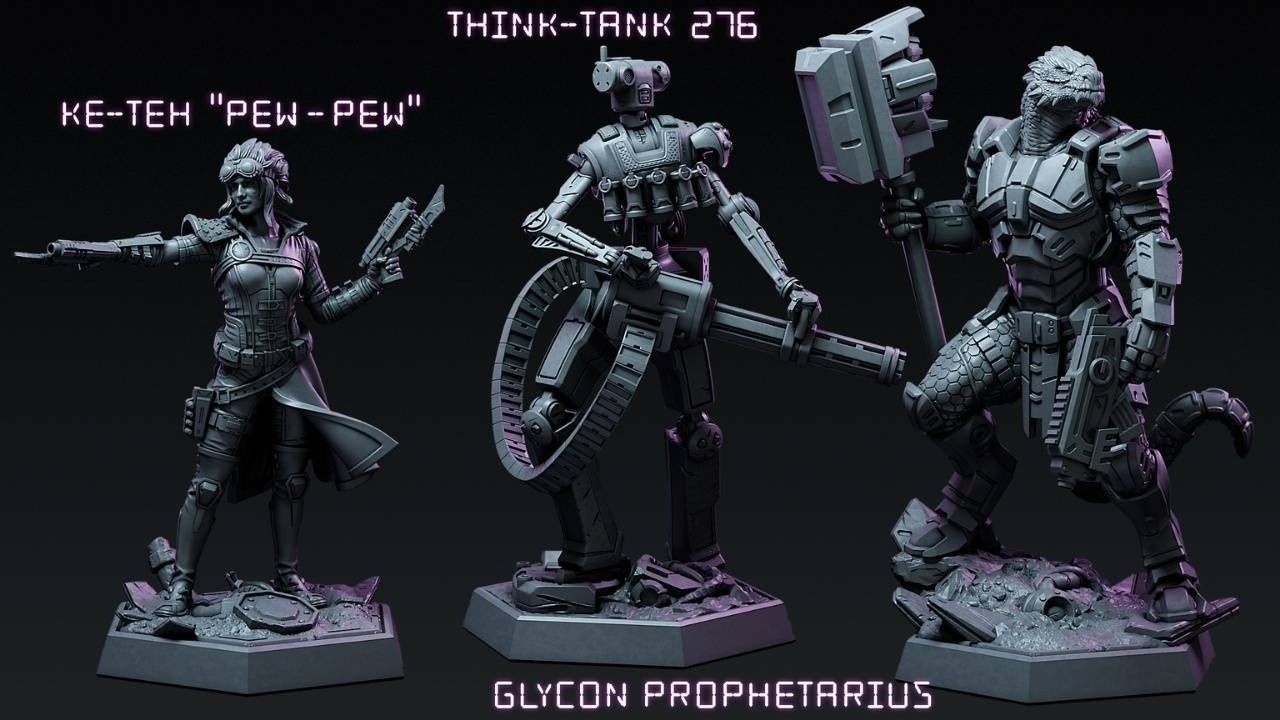 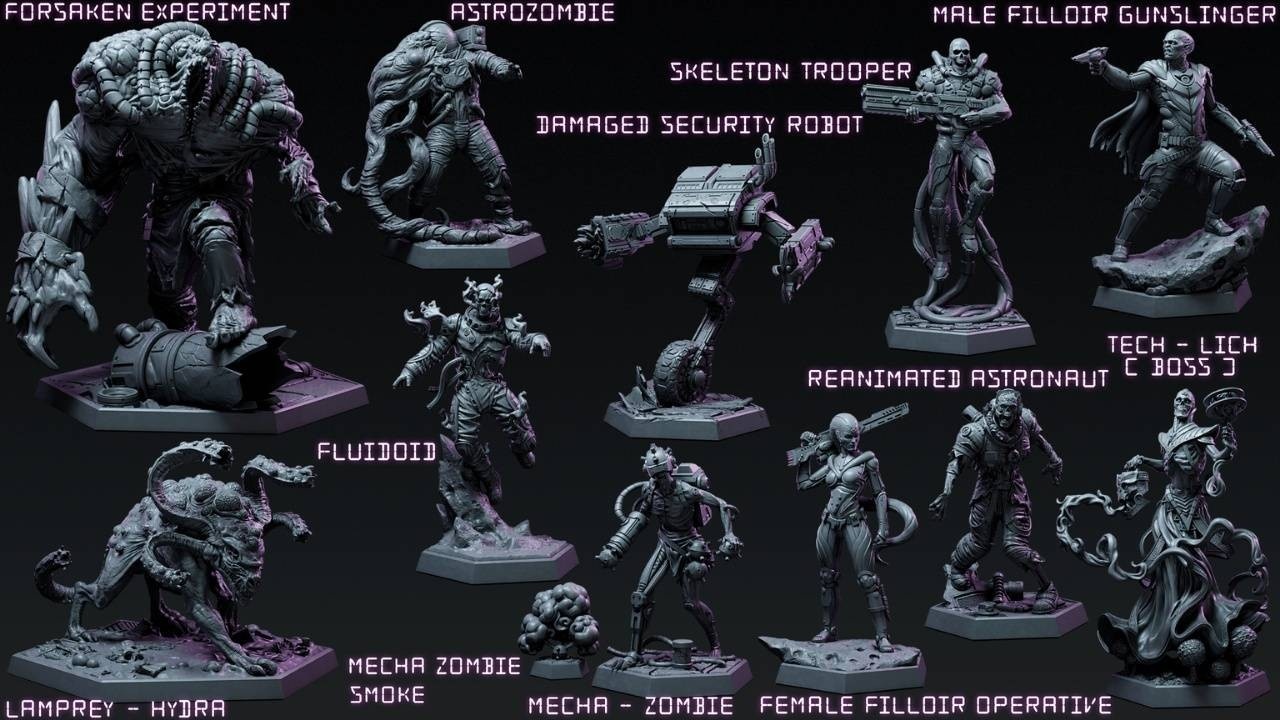 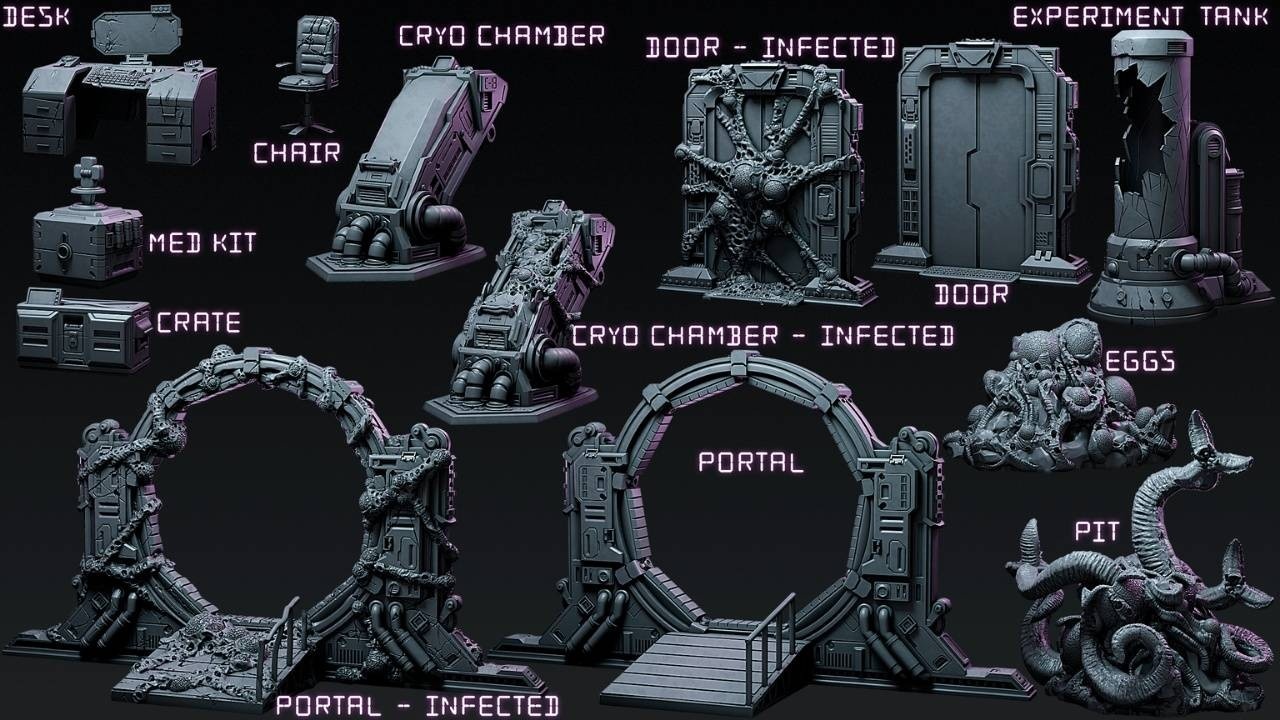 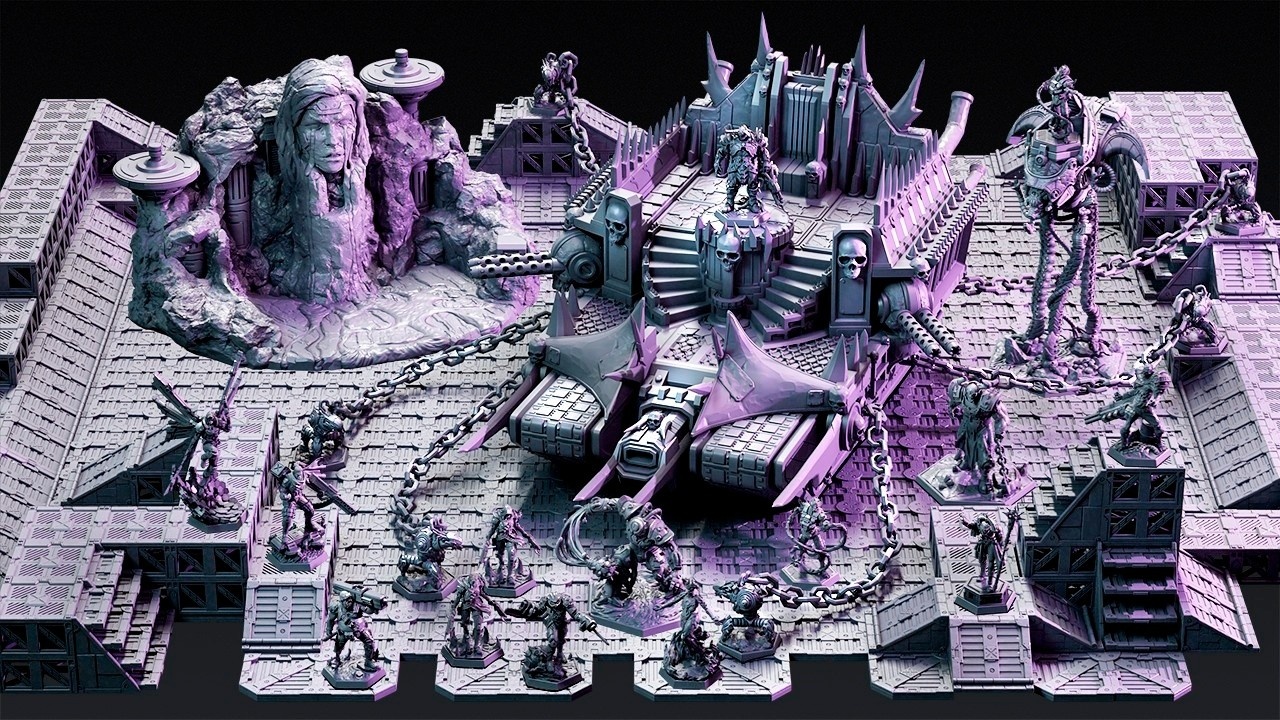 Radio killed the human empire. Or nearly so.

At first, we struggled. We struggled against animals for food and survival. Eventually, we struggled against ourselves. When a greater enemy came, we were able to come together. We united against climate change, and succeeded in defeating it. There's no shortage; on the contrary: there's abundance. We are able to harvest the sun and the wind, the waves and geothermal energy. We finally stopped struggling.

Struggle breeds suspicion, the thought that our enemy is lurking around the corner to take what is ours. Abundance breeds collaboration, which makes us all the more creative. Humanity thrived as never before, reaping the rewards of working together with no concern for betrayal. A whole generation was shaped by this, hearing about conflict only in history lessons. They thought we could achieve even more if we were able to collaborate with even more diversity. And so, they made the decision that would doom us all.

A interstellar radio signal was broadcast in order to find technologically advanced life forms around the universe. If they were advanced, surely they would have come to the same conclusion that there's abundance in the universe, and we all would prosper if we worked together.

Men's hubris in assuming how other life forms would think was catastrophic. Named 'The Legions of Hell', another civilization answered mankind's signal with brutality. Maybe we could all prosper if we worked together, but prosperity was not what they were after. The legions longed for meaning in their lives, and meaning to them meant inflicting suffering on other life forms. Making them struggle once more.

A new generation of oppressed humans came along, and they were shaped by this reality from birth. The struggle built something different inside of them, something that wouldn't stand down. These humans rebelled against the hellish forces, and now fight to free themselves and become the new apex predator.

If humanity succeeds, will this struggle turn them into the next 'legions of hell'? 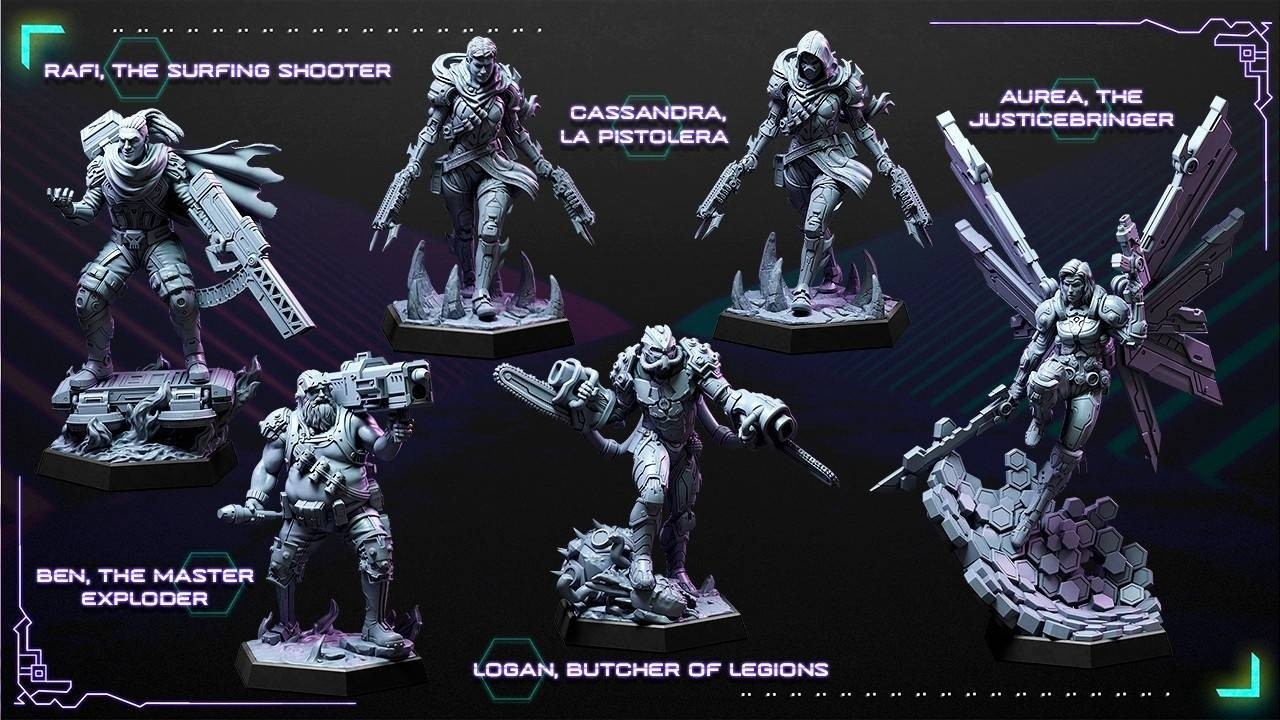 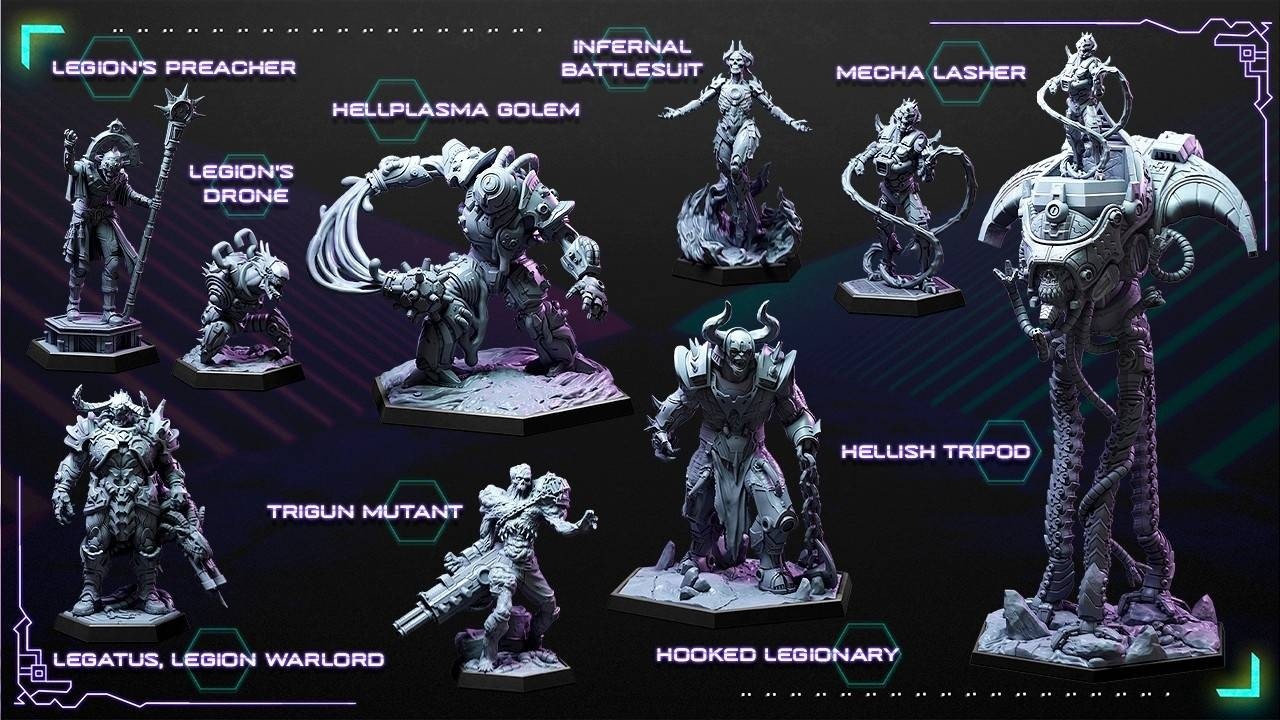 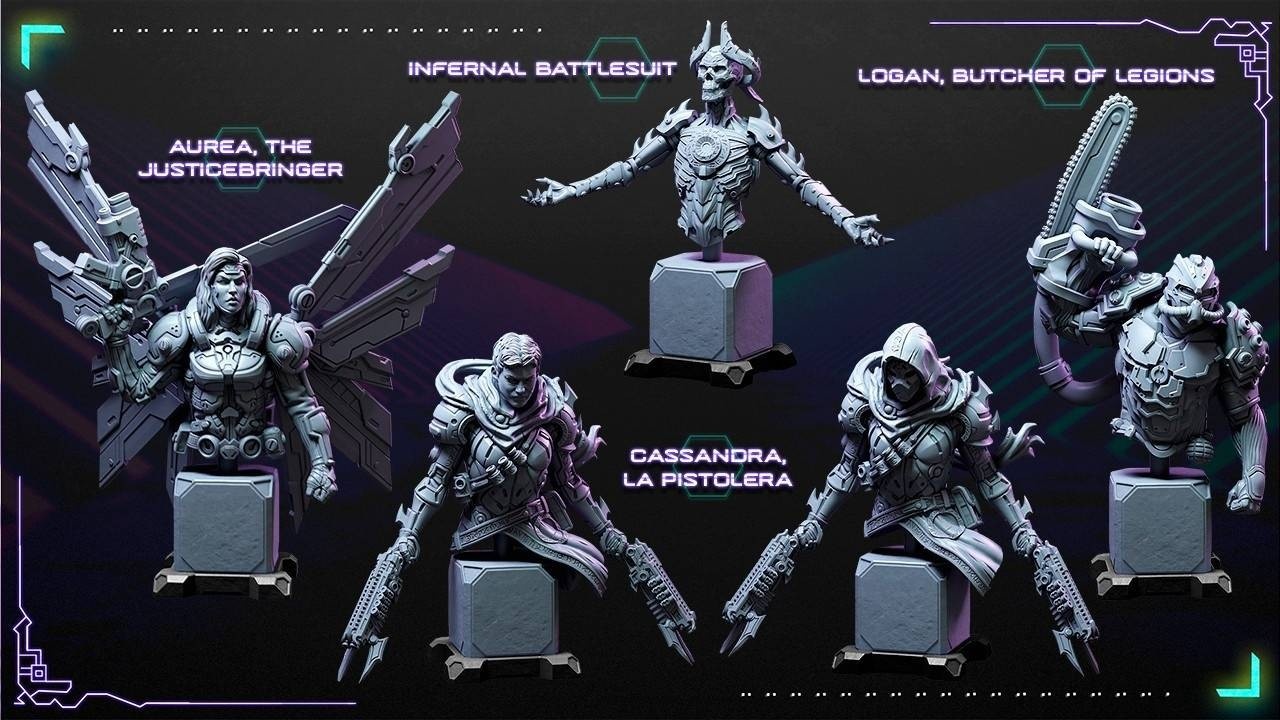 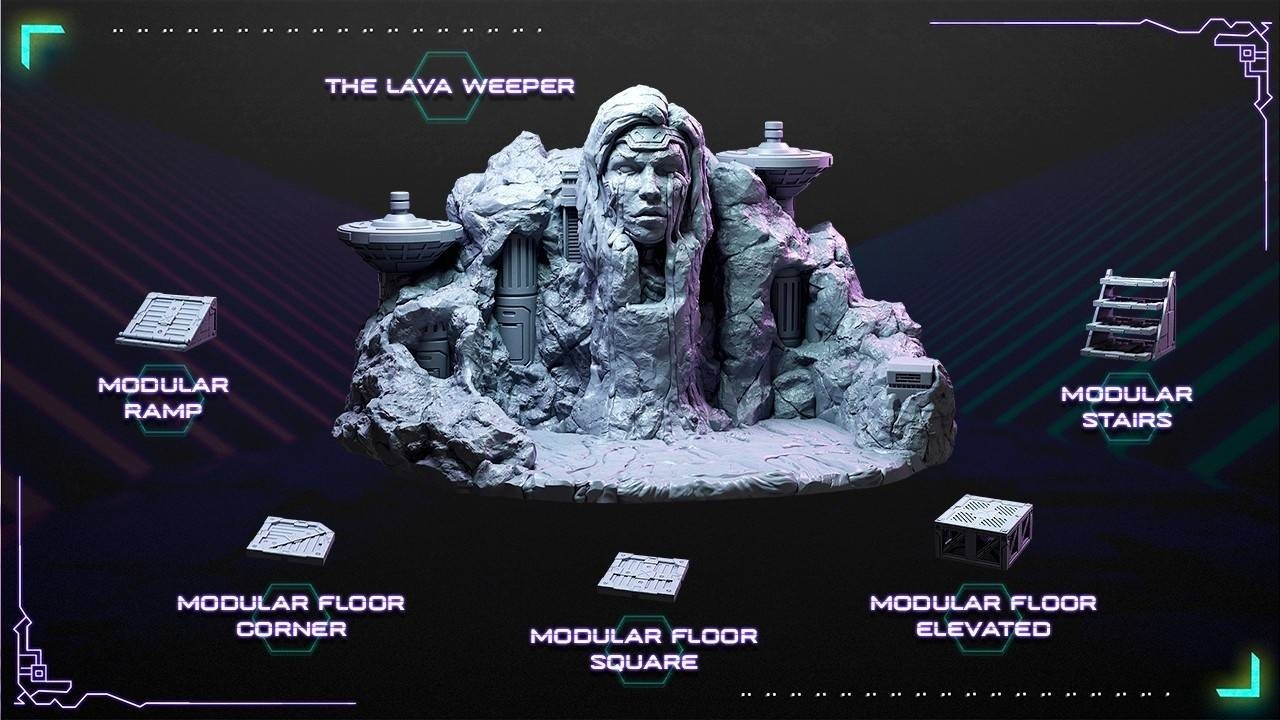 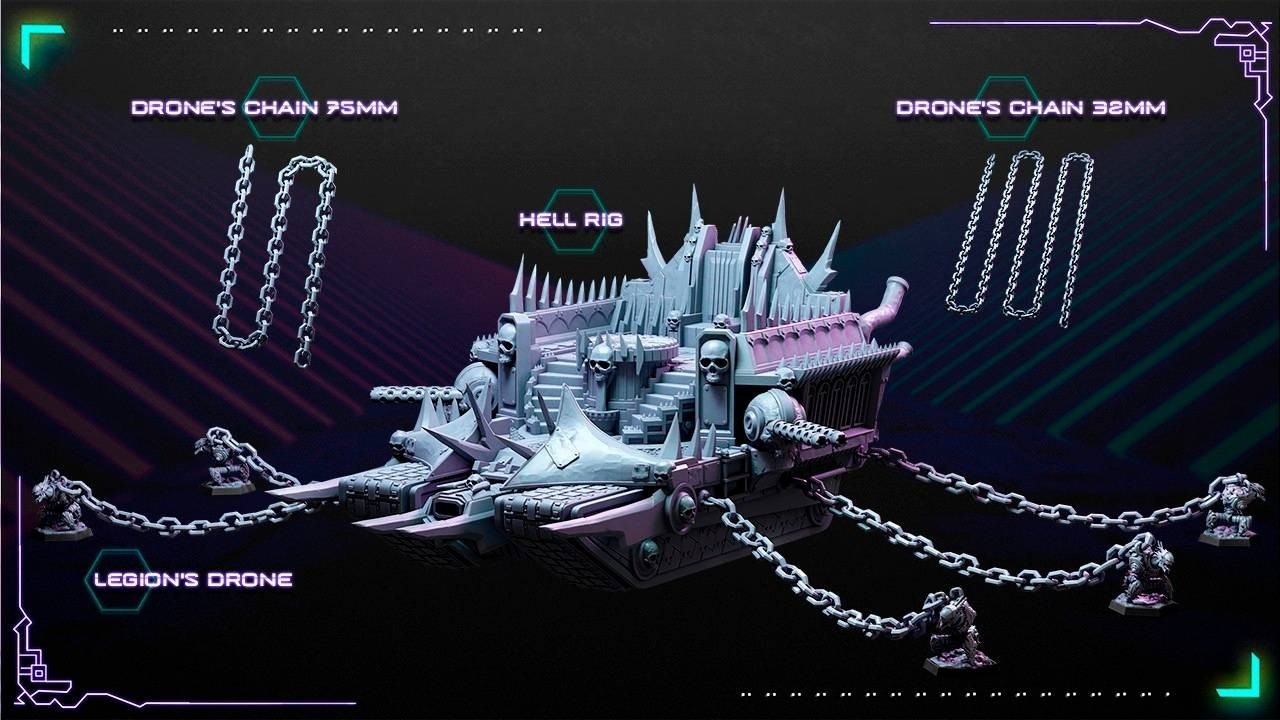 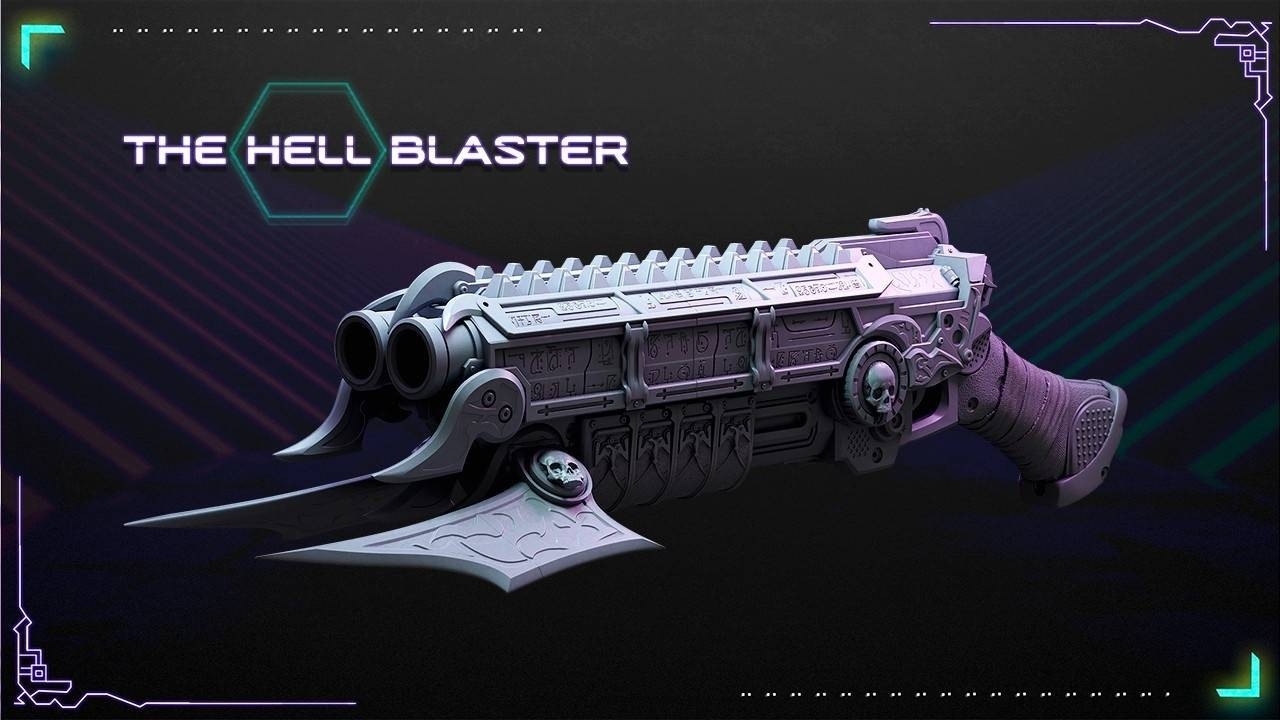 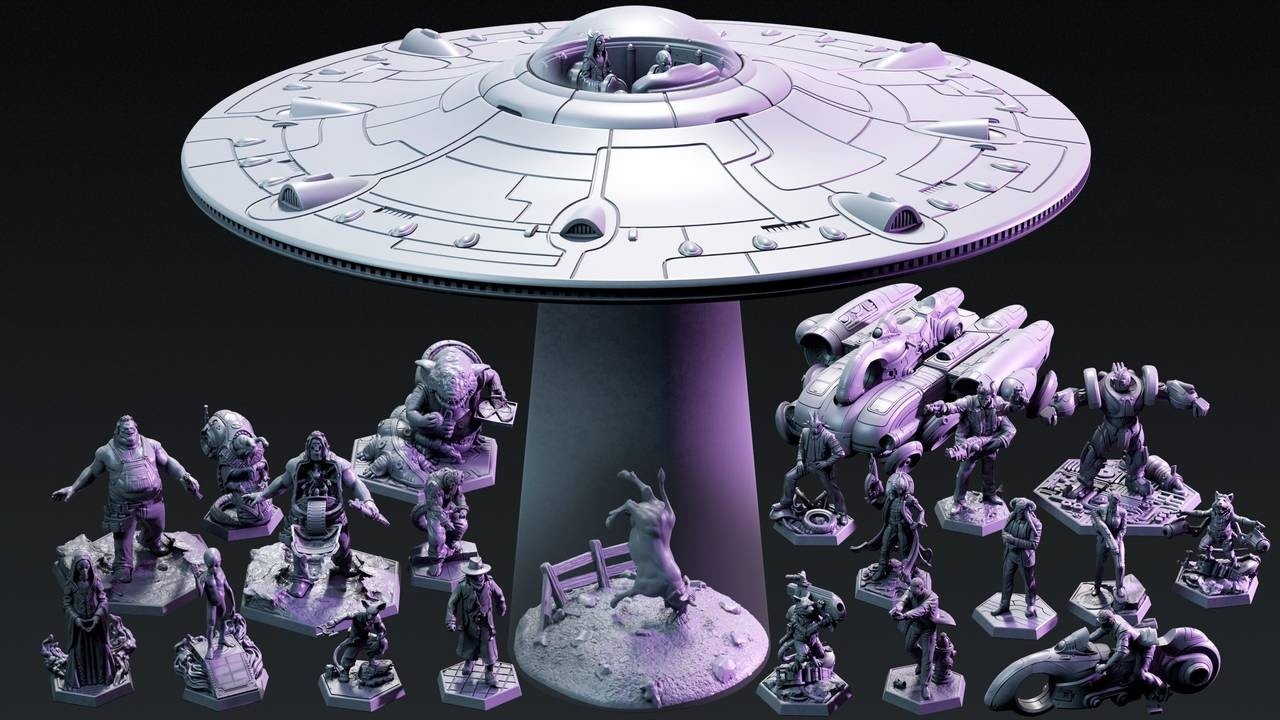 I'll disclose the information, but you'll have to be mindwiped afterwards. It won't hurt.

This is no ordinary earthling. We are not alone. There are others out there - many others. The Galactic Intelligence Agency, GIA, is responsible for supervising the interspecies interactions between the many worlds in our galaxy. It just so happens that most humans are not ready to interact in a constructive manner with them.

You see, intelligent societies who understand that resources are abundant in the universe can work together to create. Humans are still on the brink of figuring this out as a species, and so humanity is monitored until that time comes. Our society still thinks of resources as something finite. This thinking risks having a warring colonization effort toward other planets, and so it is best to shield mankind from the rest of the United Milky Way for now. Once we figure out there's plenty for everyone, we can start working together. Shared knowledge is the way towards galactic progress. When we exchange knowledge, we both walk away with more than we started.

You can imagine what might happen if word got out that aliens exist. Some would argue we should take their planet's lands, minerals, oil. Others would say we should nuke them before they nuke us. The UMW could easily quell this uprising, but they would miss out on all the knowledge humankind could contribute over time. It's best we learn a bit more before we interact with other intelligent species, lest we risk being put down for our uncalled-for aggression.

So now you understand why this is important, and why it's classified. To prevent further probing, you'll leave a message to yourself. Read this text looking at the camera. Thanks for complying. Now take a look right... here... *FLASH* 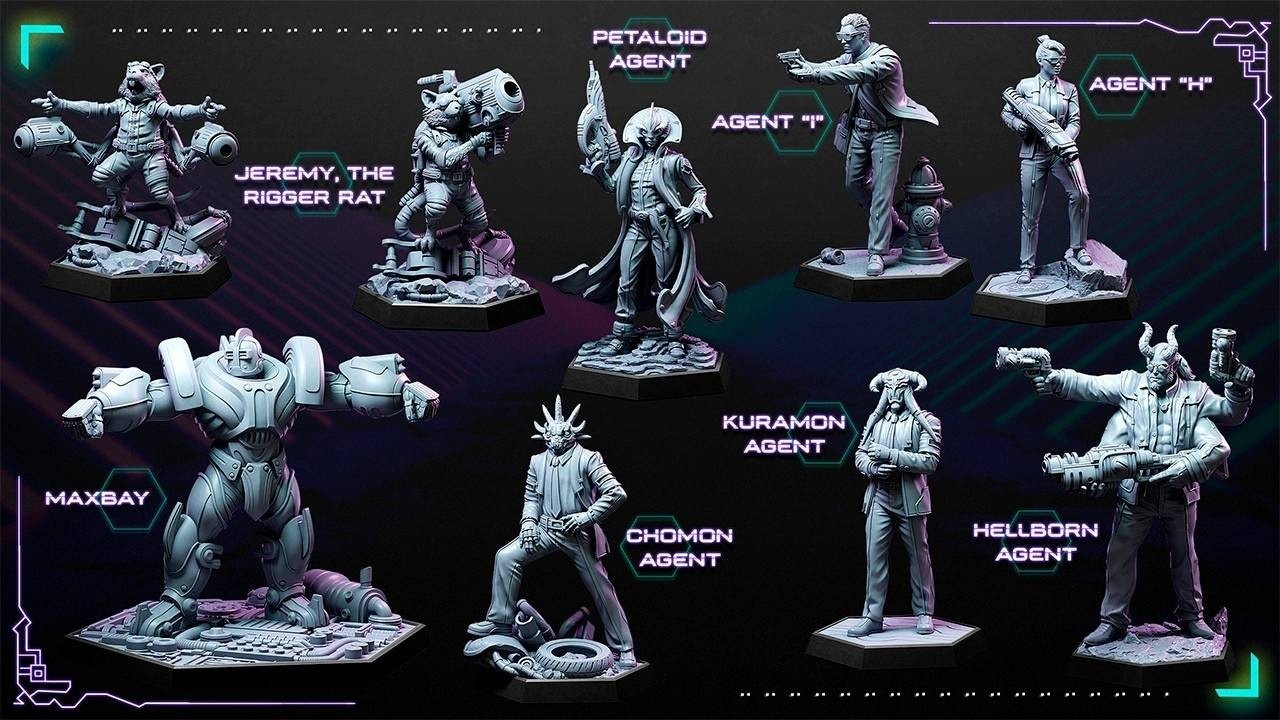 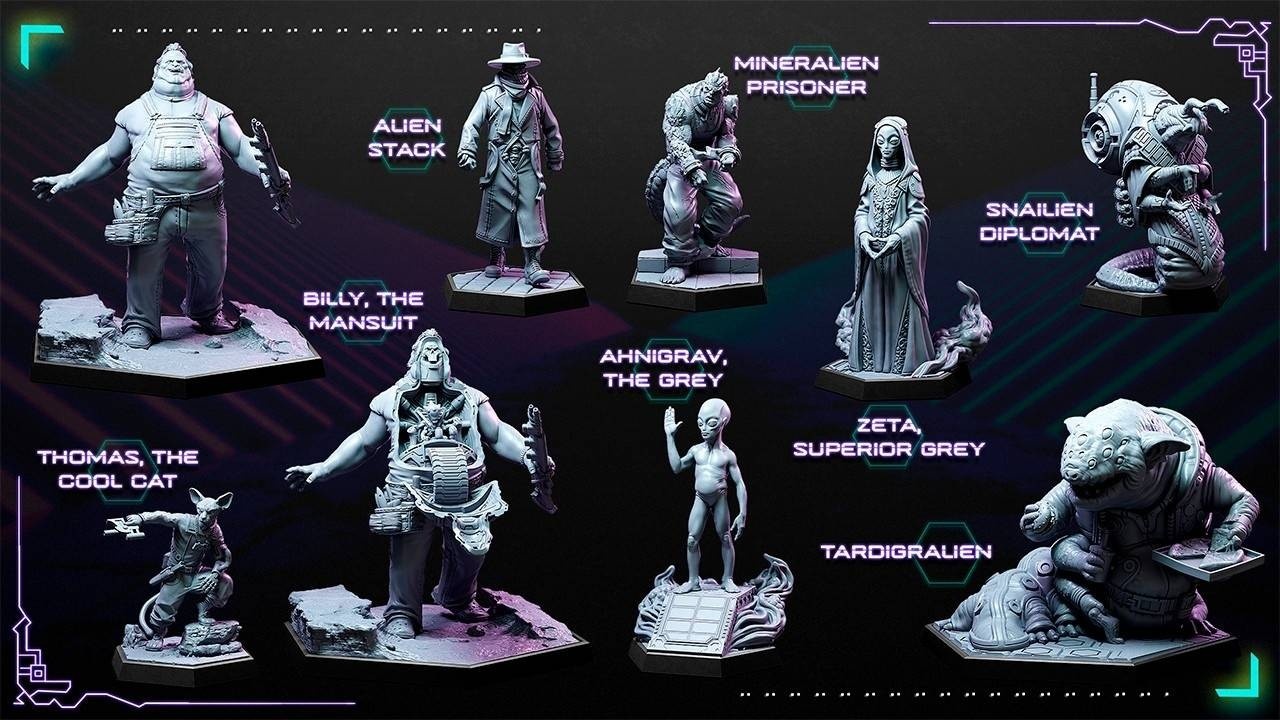 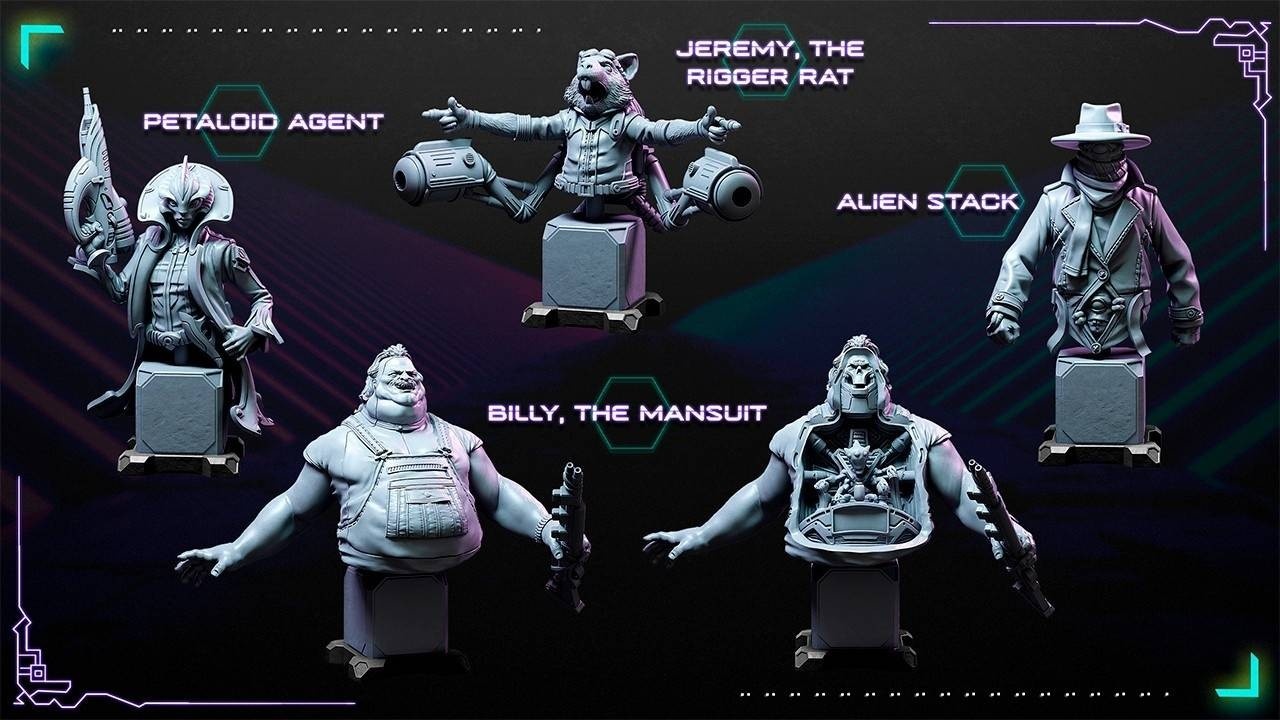 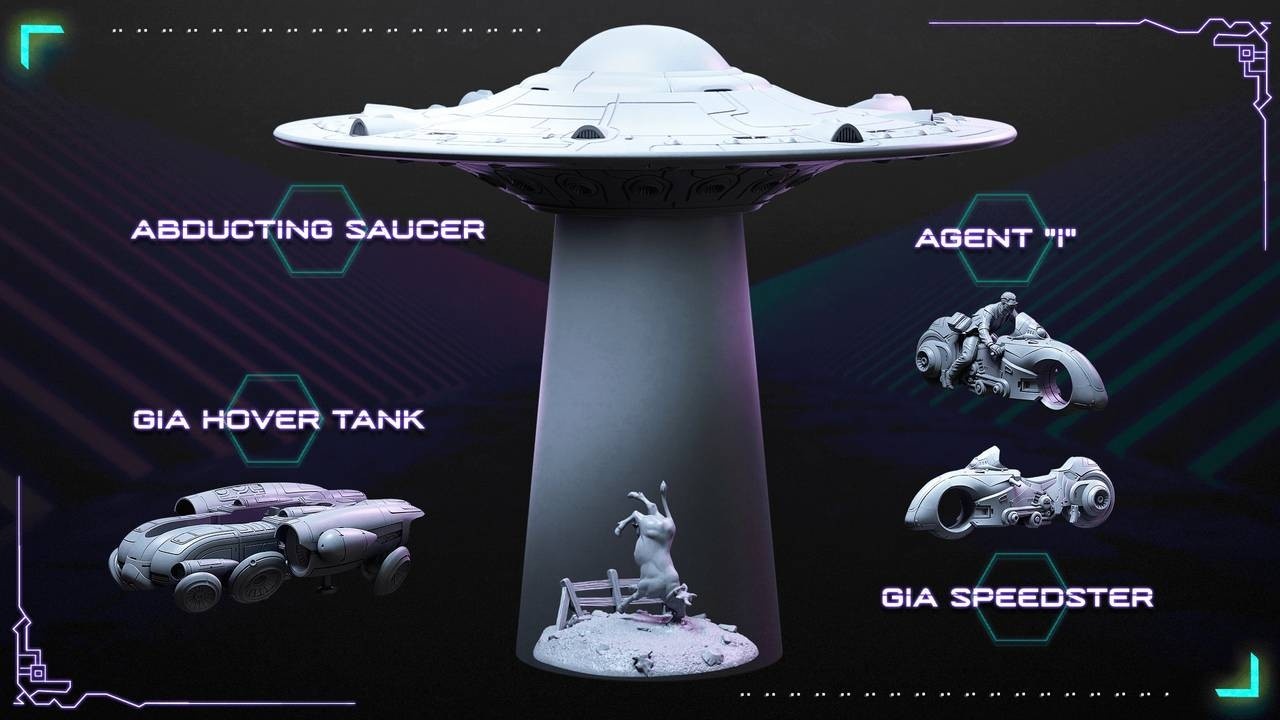 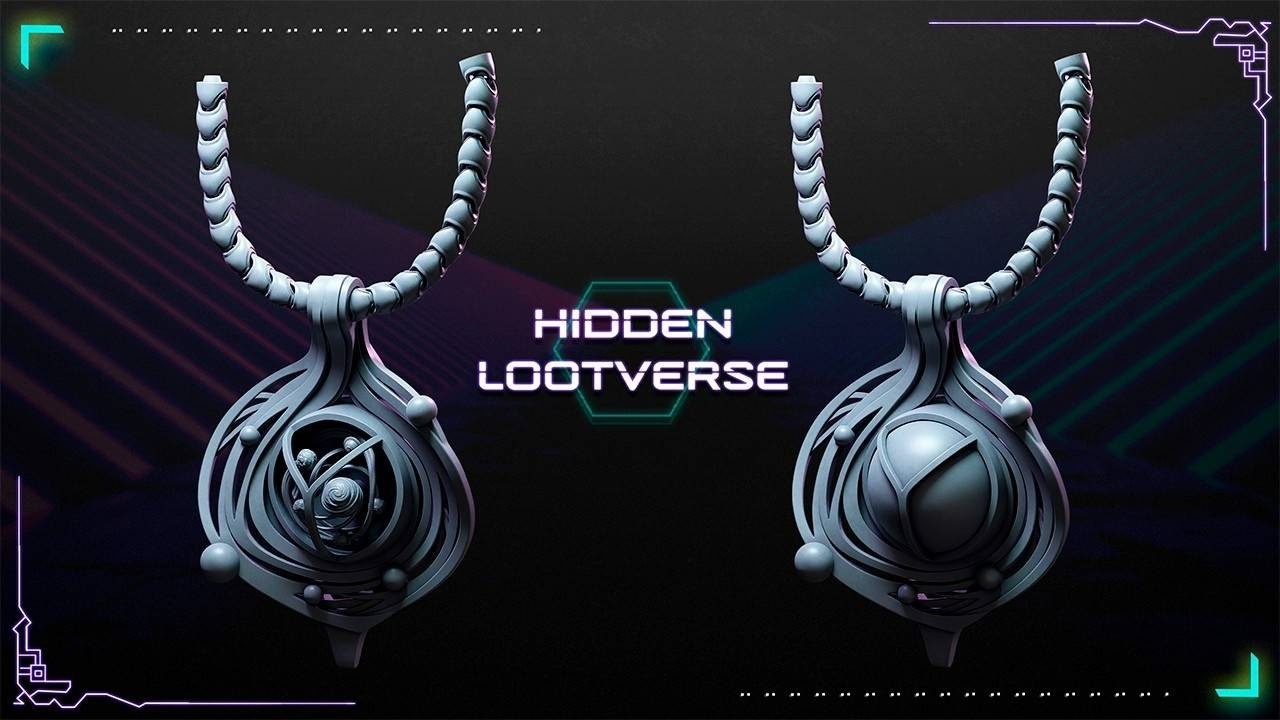 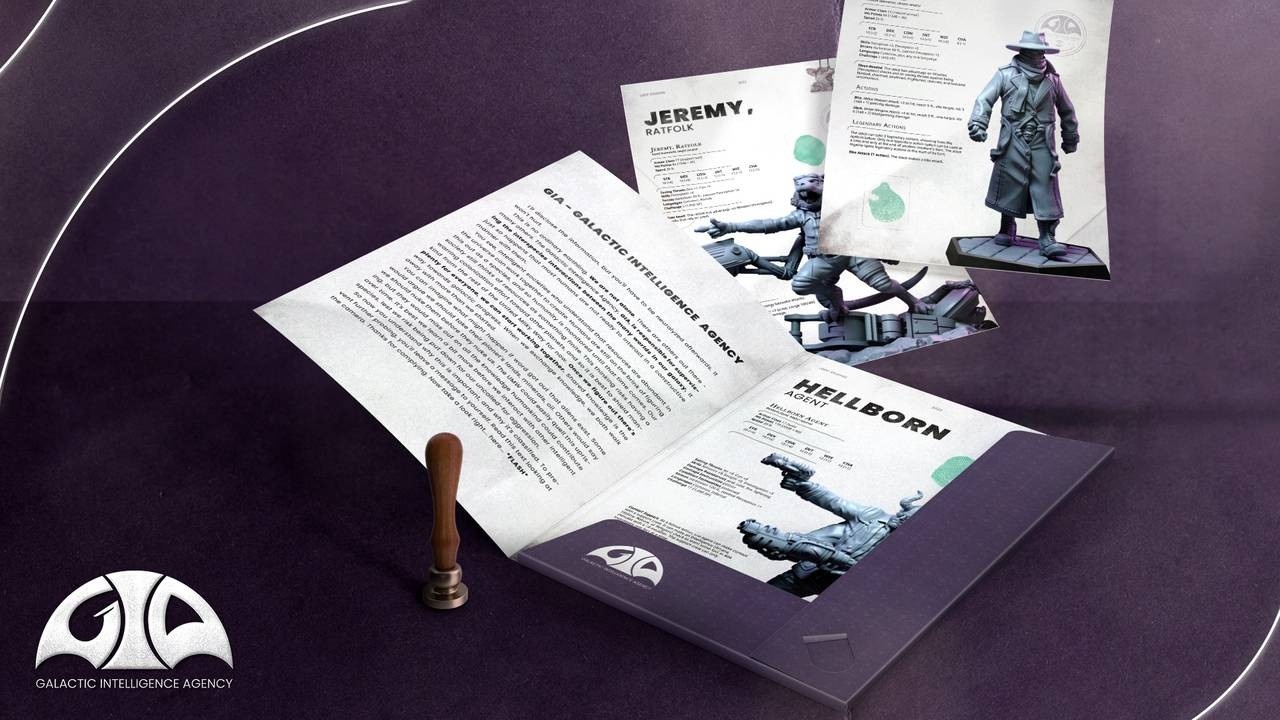 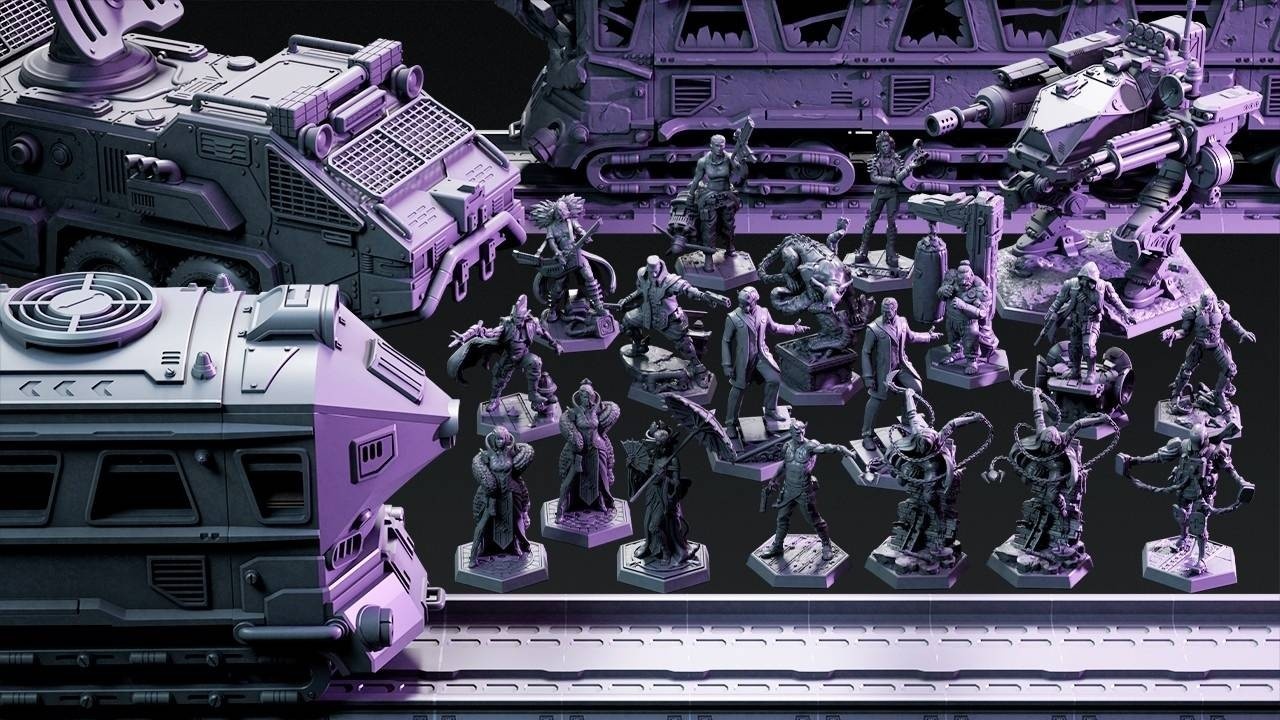 Atop Neon Street, shining lights keep the city alive and awake 24/7. Beneath it, the lights don't shine so bright, or so often. Not due to any shortage, but because shadows lurk, and they want it that way.

The literal underworld is something between a lawless land and a fractured territory, split into many turfs. Among them, there's the Dark Neon Clan, a group formerly known as yakuza, and Joe's Bricks, a group of outlaws led by Joe, whose dwarven ancestors lived and mined in the underground. Each of them rules over an expanse of rails with their own metros, while urban transport has widely moved to the surface with autonomous and flying vehicles. Only shady folk dwell in the underground.

Despite their antique status, the underground rails still hold some interest for Neon Street, and they wouldn't give it up for good. The Police Force performs operations in the metro area whenever it is in the interest of the hyper wealthy pulling the strings, and a few elite cops make sure the underground gangs do no harm. When it comes to the less fortunate, there's no such support, but a vigilante tries to keep an eye out for them.

Overall, the constant tug of war in the underground is just another move by Jeff Musk, who could wipe them out, but profits from the lack of subways and by selling weapons to the warring gangs. 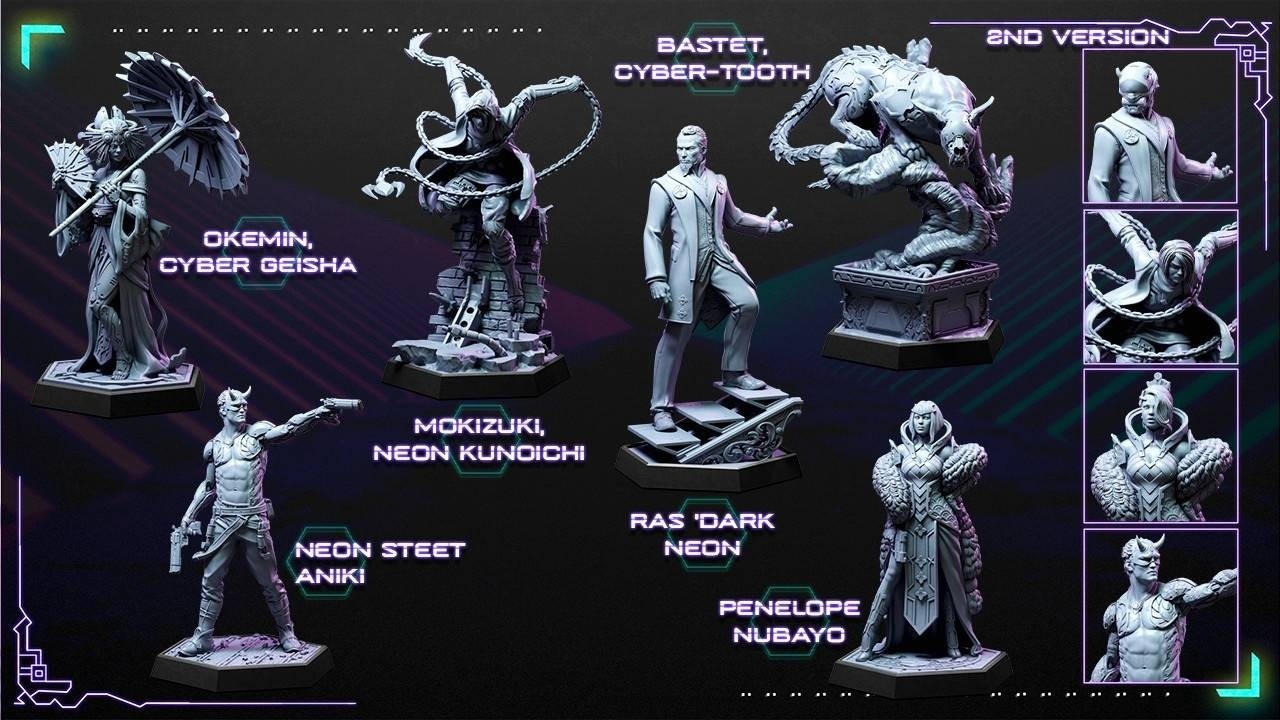 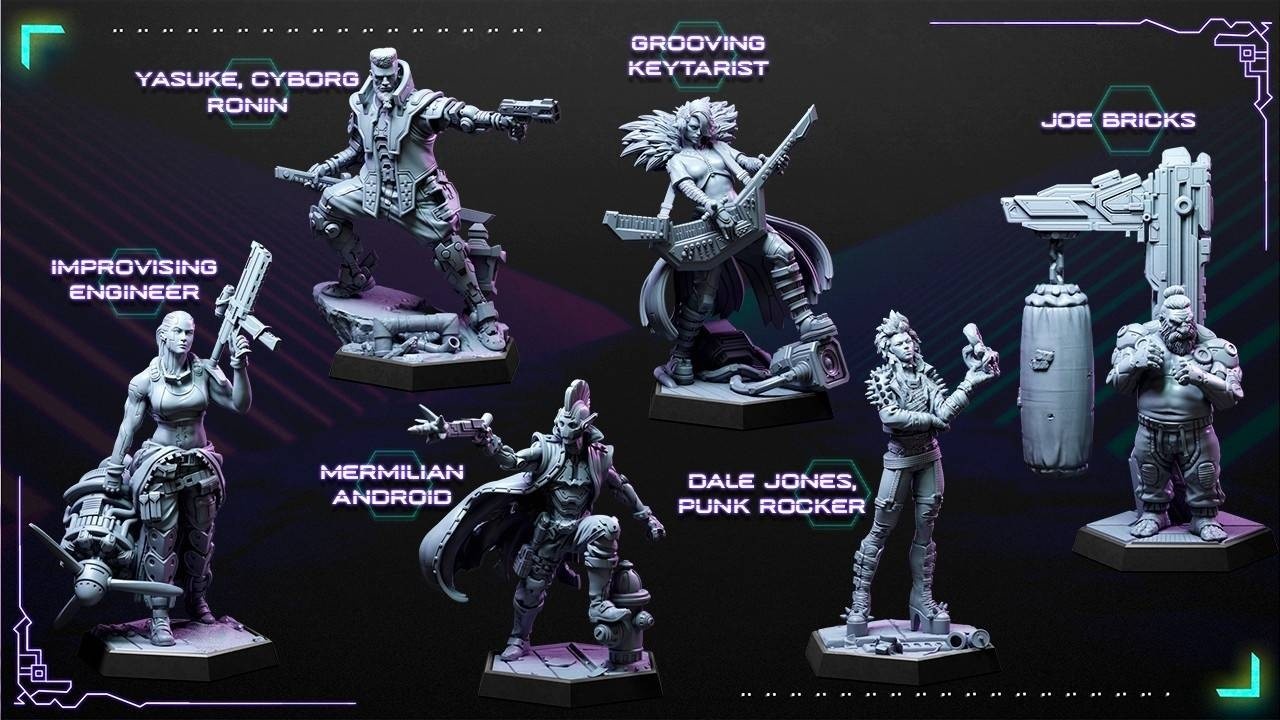 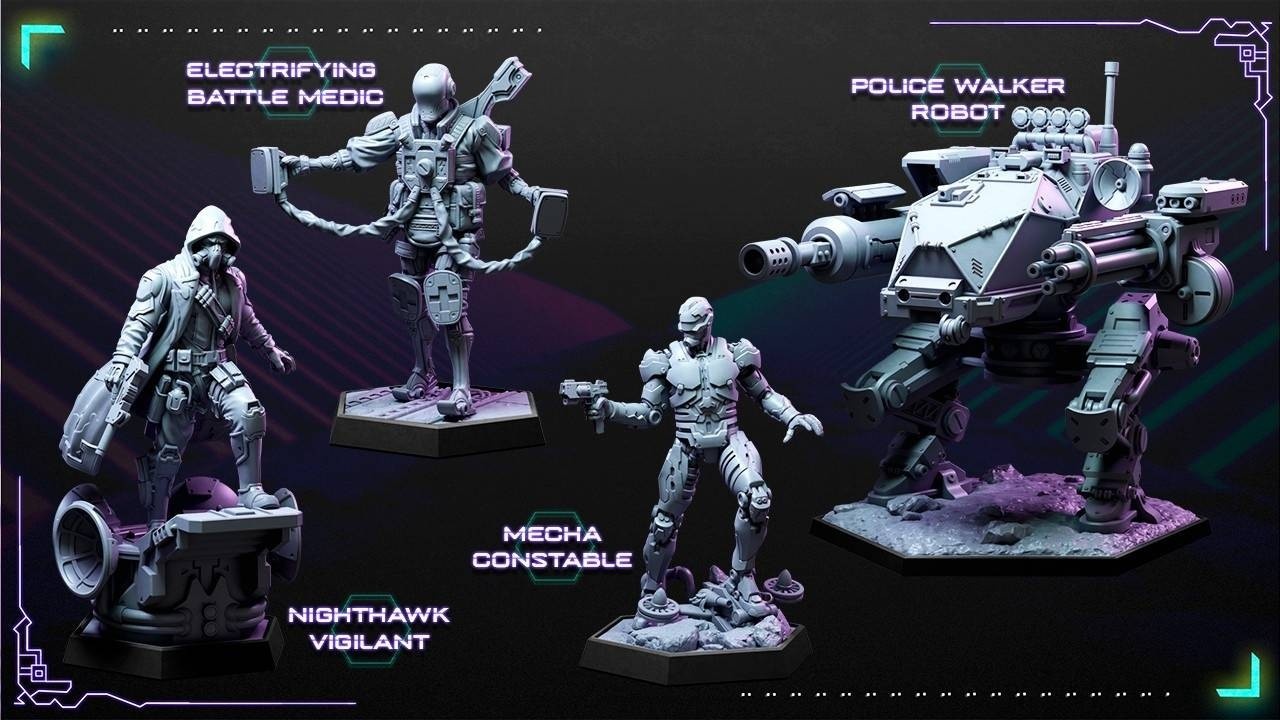 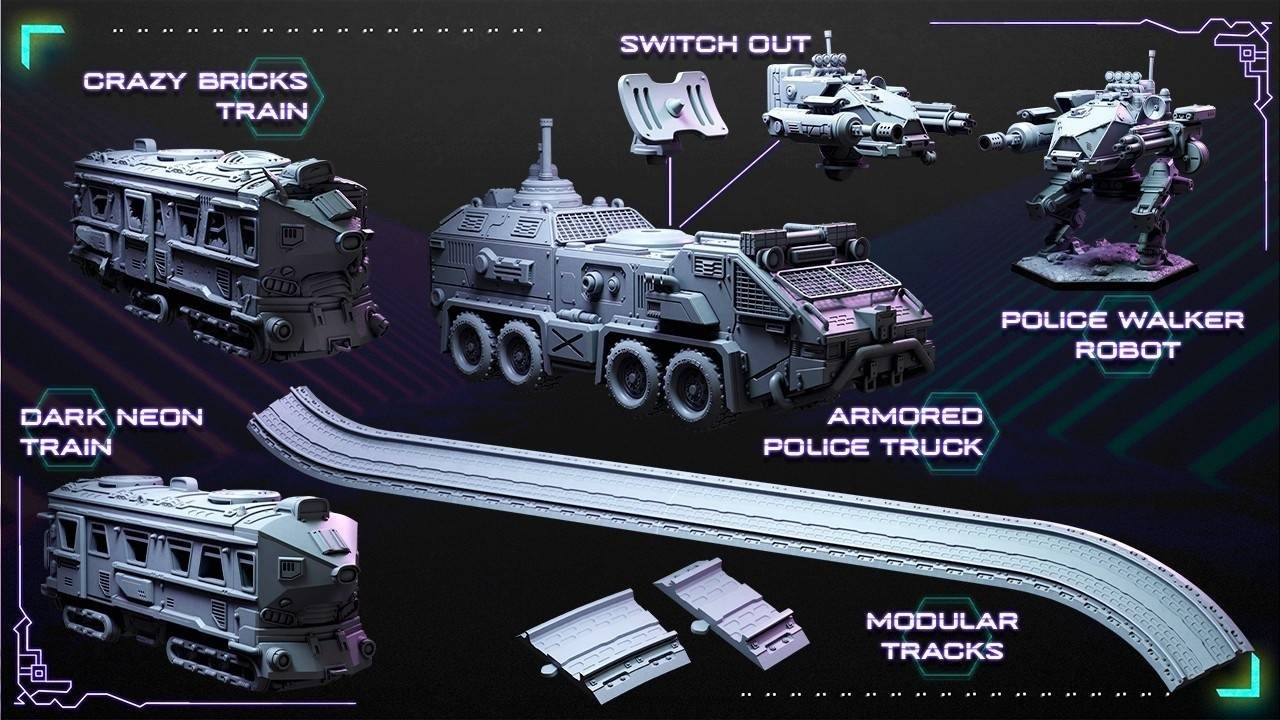 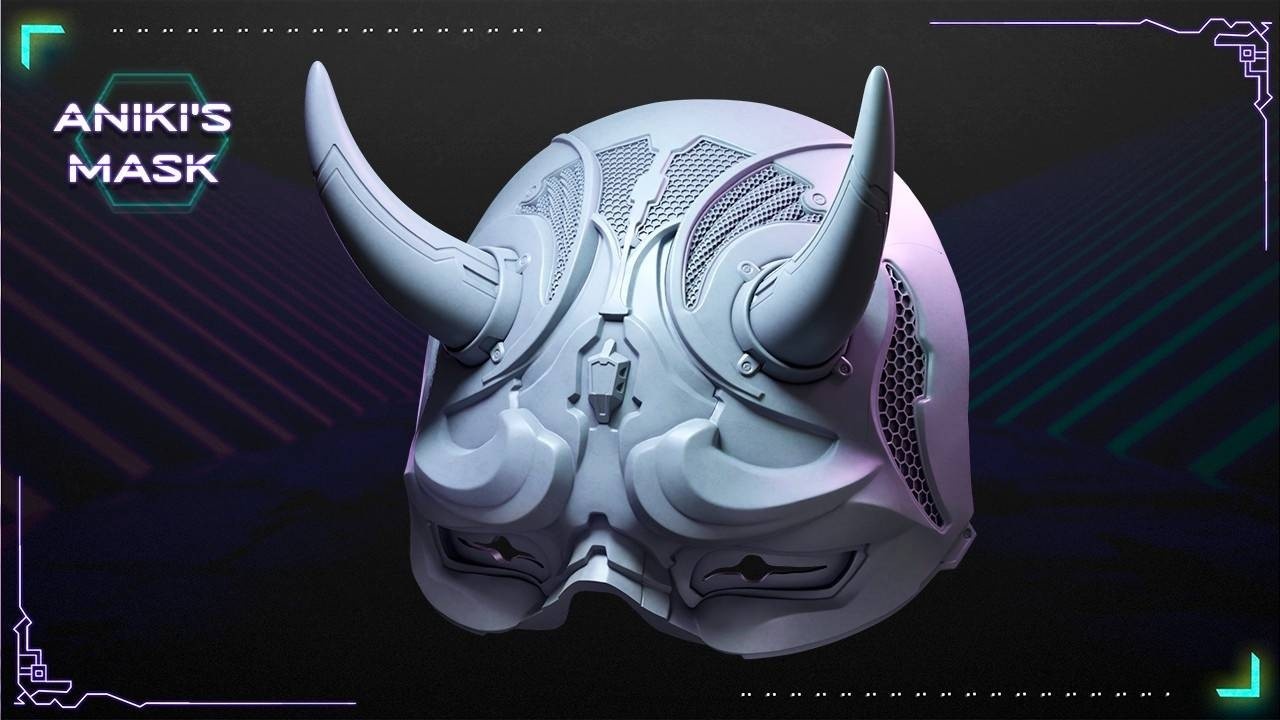 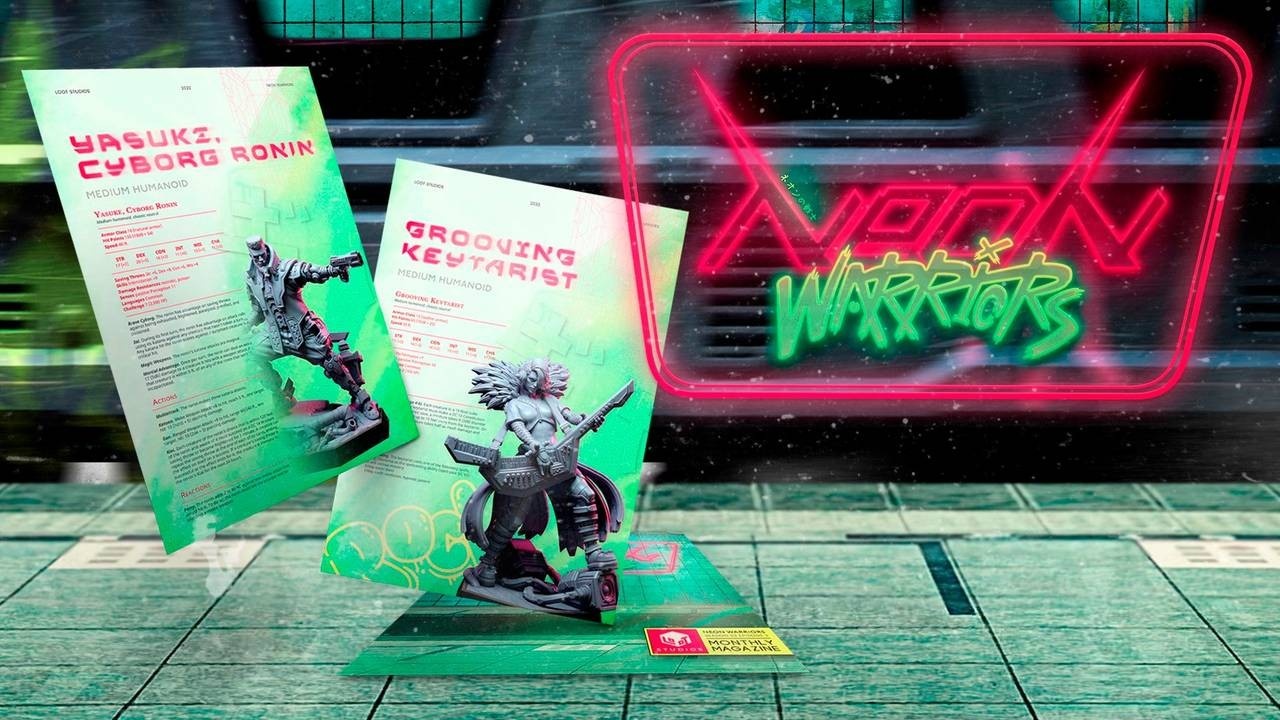